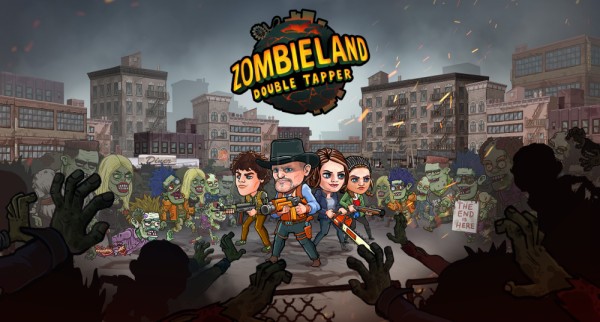 Zombieland: Double Tapper is an Idle RPG game for Android e iOS, which allows you to create a team with characters from the comedy movie, Zombieland. the game is free to download and play, offline and totally in Spanish from Spain.

In Zombieland, players embark on a wild journey through the post-apocalyptic lands of the United States that have been overrun by zombies.

You will be able to play with your favorite characters from the first movie like Tallahassee, Columbus, Wichita and Little Rock, in addition to new characters. As if that's not enough, the game features several unique original heroes from the game to collect, customize and upgrade.

Zombieland: Double Tapper is a game suitable for those who like Idle RPG and are also fans of the comedy movie, Zombieland. The game features chibi-style graphics with hilarious depictions of characters from the first and second movies. Its main highlights are being able to play without internet and it is entirely in Spanish.

add a comment of Zombieland: Double Tapper — OFFLINE Game for Android and iOS