Gameloft's Re… Digo, Survival Horror, successful on the mobile platform, (common cell phones) will be released this Monday (the 10th) on the AppStore. 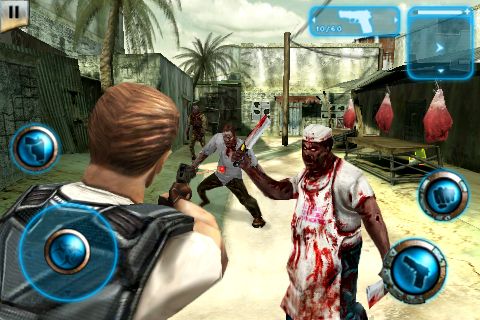 Initially the game will be for iPhone and iPod Touch, but of course an iPad version should be out in a few days.

Yeah, we know the resemblance. The first version of the game, released for common cell phones, had 2D graphics. The game in its 3D version, is exclusive to iDevices and promises to rival (or sequence) Resident Evil 4 Mobile.

add a comment of Zombie Infection for iPhone gets release date