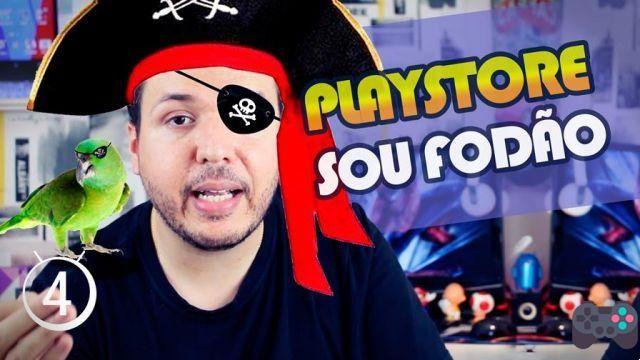 In the video, Everton talks about something that is noticeable in the community of Android users, which is how naturally many users treat piracy. The thing gets to the point that it inverts the values, as Everton himself narrates:

“Someone complaining because some channel gave a tip and the app is paid. The person complains, curses whoever gave the tip”.

Everton emphasizes that piracy is a crime provided for by law, but makes it clear that the purpose of the video is not to "point the finger" or judge anyone, just to raise awareness of the importance of remunerating developers correctly. The Android4All channel was one of the first Android-focused Youtube channels to never pass a single link to a pirated app or game.

What Everton doesn't know is that there's a reason many users want to spread piracy to other YouTube channels and communities. Google started, since 2014, to remove channels where “APKs+DATA” are predominant.

Recently, a very popular channel with over 35 subscribers was wiped from YouTube. The channel best known for promoting this type of content, deleted several videos and changed its name. Clash of Clans video channels like Chubby Clash e playhard, have already removed videos about “free gems” and “Xmod” to prevent their channels from having the same end.

In short, the siege began to tighten and because of this, it is increasingly common to see users wanting to pass on this type of “tip” in order to “help”, as content related to piracy has become scarce and difficult to find on the Internet. Youtube.

Needless to say, we at Mobile Gamer have always been against piracy. We understand that many users (minors) are not able to have a credit card or that, in their city, they do not have Gift Cards sales locations.


But in the vast majority of cases, what people don't understand are the benefits of buying apps and games, such as: Always having your favorite apps available, just a tap away on Google Play, downloading quickly, and without complications, your games on another Android device, not worrying about having your account banned and being able to update directly from the Play Store. Not to mention the benefit for small developers, the ones most affected by piracy.