Yokai Hunter Shintaro is a newest indie game to come to Google Play. In fact, the game was released at the end of May. Developed by RivalThird, this title features sidescrolling gameplay with beautiful pixel art graphics. It is paid and offline, and it costs R$ 21,99. 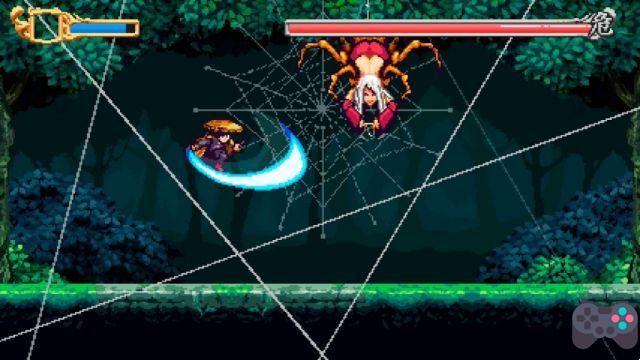 Yokai Hunter Shintaro features the adventures of two heroes on a quest to restore balance between the human world and the Yokai realm. It will be your mission to kill the different bosses of each stage to restore order.

⦁ Challenging non-linear stages and bosses.
⦁ Choose between two characters with different ways to play.
⦁ Unlock skills that will help you as you progress through the game.
⦁ Lore based on Japanese folklore.

The gameplay is side-scrolling, as we've already mentioned, but the combat feels like a mix between Shinobi and Ninja Gaiden. The issue is that the difficulty of the game is a little high. Three “taps” and back to the beginning of the level. So be warned, this game is no joke.

Despite the high difficulty, Yokai Hunter Shintaro is a lot of fun and full of unique levels and bosses inspired by Japanese folklore legends.