Xiaomi Mi6: Chinese cell phone became the best purchase among the top of the line in 2017 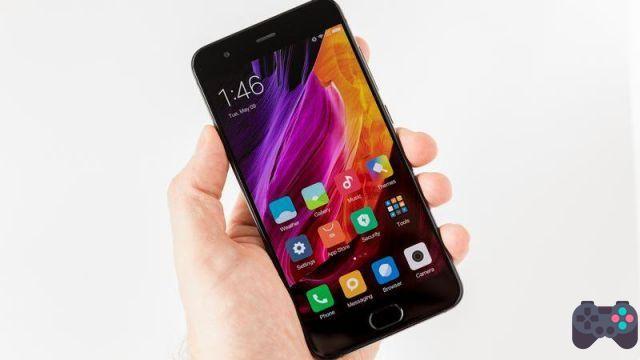 Paying BRL 3.000 to BRL 4.000 for a top-of-the-line device is common for anyone who decides to buy a smartphone directly from physical stores in Spain. But those who prefer to save, can also have a top of the line, but paying much less. The Xiaomi Mi6, for example, is on sale for only R$ 1320 reais. It is the cheapest top of the line today to bring the brand new Snapdragon 835, the same processor that equips OnePlus 5, and some versions of the Galaxy S8.

Yes, it is possible to have the same performance, or even better, than the Galaxy S8 (thanks to the panel only fullhd) in games like the Mi6. Xiaomi's smartphone sins only in the screen size (5.15 inches). But in everything else the “little monster” is terrifying.

Specifications of the Xiaomi Mi6

Where to buy the Mi6? Link to Buy

The new promotion made by GearBest is ridiculously cheap. Even with that standard fee of 200 temers or even if you get taxed at 60%, it will still be worth it.

The Xiaomi Mi6 is a cell phone that owes nothing to the top of the line on the market. Great build, absurd configuration and, despite not having official support in Spain, you can count on user tips in Facebook communities.


The ROM issues that were reported at the launch of the Mi6, have all been overcome and even the Mi6 that are shipped with Shop Rom, work without problems (although it is recommended to run the latest official ROM over it to have a clean install).

Although devices with superior configuration will emerge from here to the end of the year. Their price will hardly come close to what the Mi6 is now. In addition, Chinese devices from other brands that appear and that are not from OnePlus or Huawei, will hardly compete with the Mi6 in terms of construction. However, for those who want a big screen, I recommend waiting for the announcement of the Mi6 Plus or going for the OnePlus 5.

add a comment of Xiaomi Mi6: Chinese cell phone became the best purchase among the top of the line in 2017