Xiaomi Mi A1: Android One Pure, Cheap and with two rear cameras 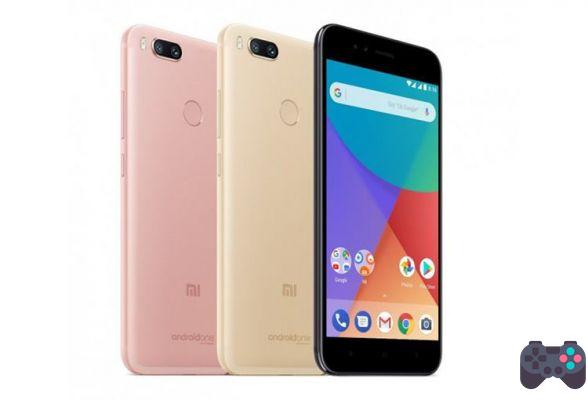 Xiaomi, in partnership with Google, has just announced the launch of the Xiaomi Mi A1, the most powerful and affordable Android One smartphone so far. With a focus on emerging markets like China and India, the phone brings mid-range hardware, premium finish and pure Android experience.

By eye, the Xiaomi Mi A1 is very reminiscent of the Xiaomi Mi 5X Smartphone and is exactly the same housing and hardware. The difference is under the “hood”. The Mi A1 is Android Pure thanks to Android One.

Unboxing video and overview of Android “iPhone”, oops, Android One Xiaomi Mi A1 (in English).

Thanks to the specifications and Android One, the Mi A1 promises to fly without choking on a daily basis. An ideal phone for users who want the basics (or something more) with a first-class finish (or who want an iPhone with Android). The battery part may even sound a little negative, but let's see how Android Pure will perform, which will certainly be much lighter than MIUI.

A lot of people ask if the Snapdragon 625 guarantees good gaming performance and the answer is a warm yes. The 625 is a great chipset for gaming. However, there will be situations where the game will not allow you to set the graphics to maximum, as it identifies which GPU is intermediate/basic. Some games may also appear as incompatible. It is something that can happen and the consumer needs to be aware of it.

It is worth mentioning that despite being announced as “new”, the Snapdragon 625 of the Xiaomi Mi A1 is not a more modern mid-range chipset from Qualcomm. This is the 2016 model. The company's most current midrange chipset is the Snapdragon 630, which has an Adreno 508 GPU and, in theory, is 30% more efficient than the Adreno 506.

– Why is this release interesting?

The launch of the Xiaomi Mi A1 is especially interesting because it is a “bulky” device to receive Android One. Project One aims to bring Android to devices with very low cost and limited specifications (such as 2 GB of RAM). With the A1 hardware, it will be interesting to compare the device with other smartphones on the market, especially in terms of performance and battery.

As always, Spain was left out of the list of Xiaomi's new release. But of course it will be possible to buy the smartphone through imported stores. The Xiaomi Mi A1 will be sold Asia (Pacific), Europe, Middle East and Africa initially. Then he will arrive in Chile, Colombia, Mexico and Uruguay. The price of the device will be US$ 230 (something around R$ 720).

[Warning: none of the cell phones displayed here have any representation or warranty in Spain. Buy at your own risk. All links contain reference code. When purchasing through them, Mobile Gamer Spain receives a commission from the partner stores.]

add a comment of Xiaomi Mi A1: Android One Pure, Cheap and with two rear cameras