XF: Football Arena (XF Football Arena) is the newest football game from 9M Interactive, the title is a remaster of Extreme Football, a game released in 2019 by the same company, where we reported its release here. This new project has entered early access, and can be tested right now through the Google Play, if you have a device Android. 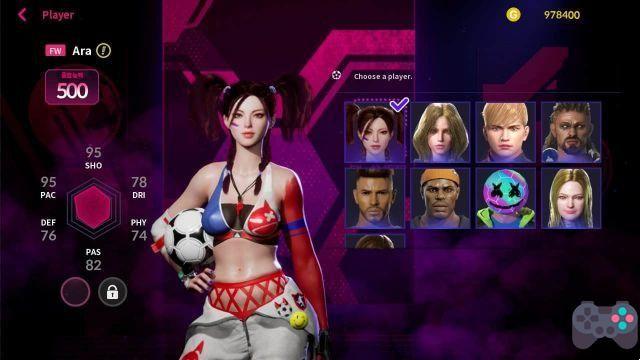 The remaster was made along the lines of its predecessor. A game with clear inspiration from FIFA Street and made in Unreal Engine 4. It hasn't changed its formula or game modes, according to the game's page on Google Play, keeping street football in multiplayer in up to 3v3 with a fast pace and direct to the Score.

This time, it seems that the producers decided to do a little more marketing by highlighting female characters and colorful clothes.

XF: Soccer Arena also features collectible athletes and different abilities, like the ones shown in the trailer below. The game is not realistic at all, there is the possibility of using various special powers such as teleportation, super speed and kicks that look like a cannon shot.

Apparently, the game can also be played with different types of cameras, with a horizontal field, as in real football games we saw on TV, or in a vertical view, which is a very interesting visual differential for other sports games. , if this feature remains as the original version.

Speaking of visuals, the most important thing in XF is certainly its graphical improvement and optimization. Despite the 4,2/5 rating with over 100k reviews, many users criticized Extreme Football for its lack of optimization, which players hope will change in XF: Football Arena.

As we saw in the trailer above, the graphics are superior compared to the original game, as it was developed using the Unreal Engine 4, but we need to stay tuned with the official release, when we will see the final result of the project.


The developer has not yet provided any information about system requirements, storage space, etc. The game was updated to version 1.0.0 this Tuesday (19) and has more than 5.000 installations. Apparently, XF: Football Arena is only available for Android devices and it is not known for sure if any will arrive. day to iOS.