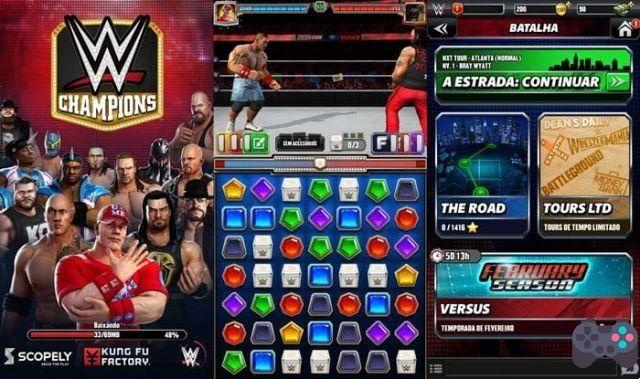 WWE Champions is a game of puzzle e RPG developed by Scopely and with versions for Android e iOS. At first it seems more like a silly game to match, but the producer went deep in the customization of the game, and brought a perfect game for wrestling fans.

Full of references, the game begins with the presentation of The Rock recruiting the player as a new manager. There's even a certain feud with Triple H and the "Authority", Vince McMahon. Because it's all in Spanish, and with very well done puppets and animations, WWE Champions immediately captivates the wrestling fan.

Coming to the game, we have a game of matching three identical stones. When you score a lot, your punches are represented at the top of the screen, where two fighters are facing each other.

Now comes the cool part, the game has single player and multiplayer modes. The single player mode is pretty detailed with a ton of references to past and present events.

The online multiplayer, on the other hand, works on a turn-based system and is very well balanced. Players need to face each other in quick matches and a timer for you to make your moves. 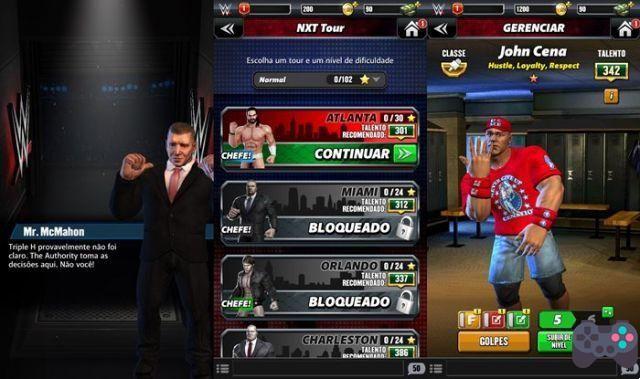 Few WWE games combine graphics and fun with WWE Champions. The simple match mechanics fell very well into a fighting game with lots of humor and references. The only downside is that to play Road mode (Single Player), you need to be connected to the internet.