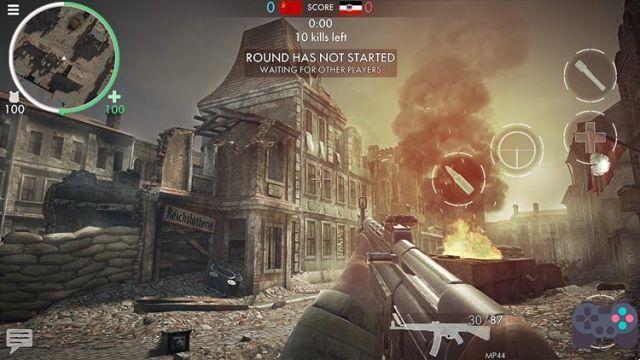 Previously in beta, World War Heroes is now available for Download globally on Android. The multiplayer shooter takes place in World War II, with scenarios such as the Battle of Stalingrad. Developed by Russian developer Game development, World War Heroes is from the same producers as Modern Strike Online.

In World War Heroes, players can choose from four factions: American, Russian, German, or Japanese Soldiers. Matches are always 5vs5. The graphics are excellent and the gameplay is reminiscent of console games like Battlefield 1. However, the game's monetization is exaggerated and can diminish the fun.

Unlike other shooting games with closed scenarios and focused on close-range shooting, World War Heroes has more open scenarios that even allow the use of tanks that can be found throughout the scenario.

There are 20 weapons in total with pistols, machine guns, grenades and etc.

World War Heroes is a shooter that looks competitive, but the imbalance (pay to win factor) of monetization is worrisome. For those who are going to download and play, I suggest taking it easy, as the monetization system is quite mercenary and it may change over time. The best thing to do is to view the game as casual fun and have fun with another World War II themed shooter.

Worms 2: Armageddon is the Free Game of the Day on the Amazon App Store ❯