Developed by the company of the same name, World War 2 Reborn is a offline game first-person shooter that recently arrived for Android devices on the Google Play web store. 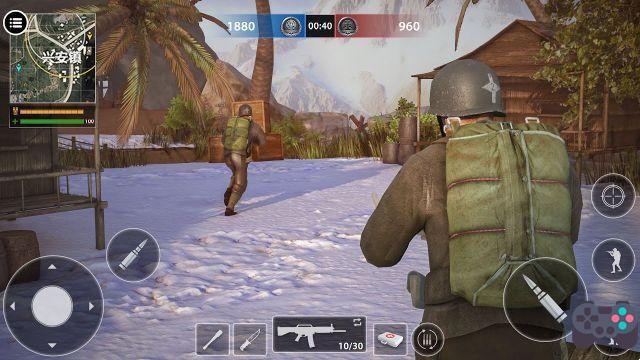 The game is set in the period of World War II, bringing combat with armies and weapons themed from this period, offering rifles, machine guns and experimental firearms. Check out gameplay below:

The game was received averagely by Google Play users, earning an average of 3.3/5 stars, with 422 ratings in total. Among the main criticisms are poor gameplay, graphical issues and overpriced in-app purchases.

As for system requirements, the game requires 136MB of available storage on your device to install, plus a device running Android 5.1 or higher. World War 2 Reborn is an offline game, with in-app purchases that can reach up to R$509,99 per item, and it already has over 50 installations.

This is developer World War 2 Reborn's first odyssey, which we still don't know much about. The company has a youtube channel created about a month ago, with just two gameplays of its game based on World War II.