World Truck Driving Simulator is being tested on Android

World Truck Driving Simulator is a new game from the same producers of Heavy Truck Simulator (Android and iOS). The new title was launched in tests on Android. Like the other games by Dynamic Games, the focus is on driving simulation at an absurd level.

While Heavy Truck Simulator was focused on trucks and trailers from Spain, World Truck Driving Simulator has as its main premise, the possibility of driving famous trucks around the world.

Right away, the amount of ads irritates, simply abusive (fortunately they don't appear offline). But after that initial annoyance, we have the same objective as Heavy Truck Simulator. The player must drive the cart to the carrier, get a freight and travel through this “world of my God”. 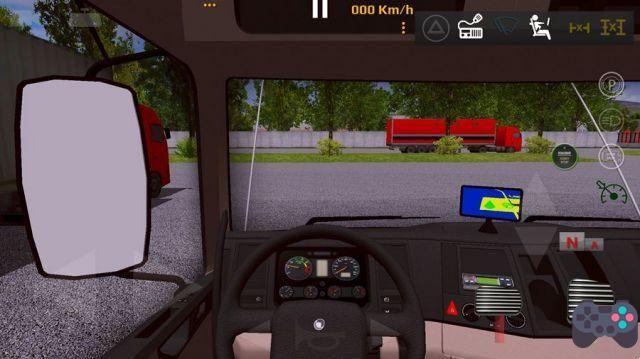 The coolest part of the game is the visuals. The screenshots on Google Play exactly match the look of the game running on a powerful smartphone. Very beautiful graphics and an impressive wealth of details.

But the gameplay can scare those who expected a less "Simulator" game. The game is really a driving simulator. World Truck Driving Simulator will require a lot of attention on screen taps.

It is too early to say the future of the game, after all, it is still in testing. But since we've already seen Dynamic Games' great work on Heavy Truck Simulator, we can look forward to another successful game.