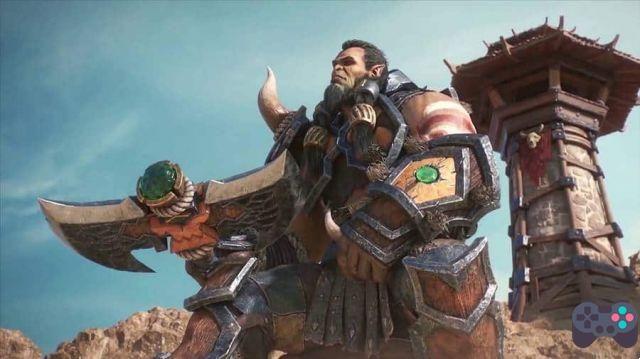 World of Kings is an MMORPG game produced by Tencent Games and published in the West by ZLOONG. The game became known for its character and gameplay similarities to World of Warcraft.

World of Kings can now be downloaded for free and is available on Google Play and the App Store in Spain.

When it was known only as King of Kings 3D (『万王之王3D), the game already drew a lot of attention, even though it was in Chinese. With the English version available in Spain, it became much easier to play this wonderful game.

It is possible to notice several inspirations from World of Warcraft when creating not only the characters, but also the game world. There are 4 races (elves, orcs, humans and dwarves), 9 classes and 27 advanced classes. The game map is uninterrupted, with no loadings and “broken phases”.

The number of races and classes creates a beautiful diversity of players.

But the focus of World of Kings isn't even griding or PvP, as you might have guessed. In this mobile MMORPG, the focus is on finishing the adventure mode, which will demand a lot from players. You will need to form a good party to face the game's bosses. And don't expect easy.

And do you know what the "icing on the cake" is? The game has automatic mode just to know where the missions are. World of Kings was made “in the classic pattern”, so that the player really has the feeling of playing an old-fashioned MMORPG on mobile.

add a comment of World of Kings: Tencent's New Game on Google Play and App Store