World Bus Driving Simulator bus simulator game has been officially released on Google Play. In this game, you'll be able to drive many travel buses exactly the same as those that run in Spain. The game's producer is Spanish and the game is 100% in Spanish.

The game has several advanced simulator features. But the good news is that it supports bluetooth controls like the iPega. It is also possible to play with a USB controller. 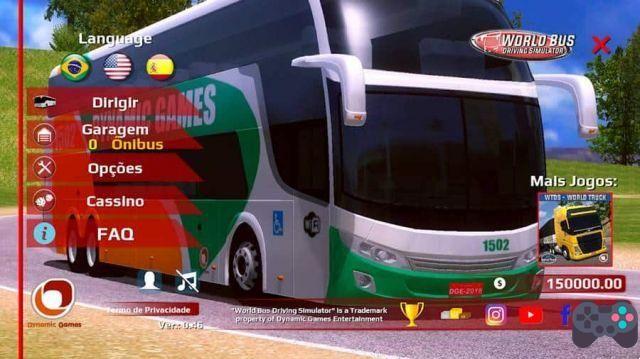 World Bus Driving Simulator is very realistic. The game starts at a bus station where passengers enter. Then you must follow the GPS and make the route correctly. By driving without committing infractions, the player earns points that, when accumulated, can yield new road buses.

Check out some of the game's features.

– Day/night cycle With a beautiful view!
– Rain and climate change!
– Leaderboards!
– Achievements system
– Report of the latest earnings and expenses.
– Radars and fines
– People in companies
– Scales, tolls, tax stations, gas stations and various other in-game events.
– GPS on Dashboard
– Driver badge with the possibility for the player to put his photo.