Developed and originally published for PC, it was announced last Monday (08), that Where's Samantha? is coming to Android and iOS platforms in the coming weeks. 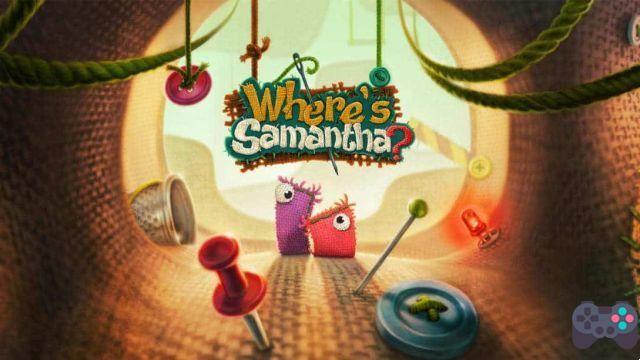 Where's Samantha? is a 2D puzzle and platform game originally released for PC via Steam earlier this year. The game was developed by Respect Studios and published by ROKiT Games Limited, and it also recently arrived on Nintendo Switch.

The game revolves around two pieces of cloth named George and Samantha, who are hopelessly in love. It seemed that nothing could separate this beautiful couple, until a gust of wind took Samantha away. Now we have to help George find his sweetheart.

Check out the mobile launch trailer:

Where's Samantha? it has a very comical tone and has beautiful graphics, all hand-drawn. The game has 45 levels of puzzles, with the most diverse types of obstacles, challenges and sharp objects, such as lasers, iron combs and drills.

A special narrator also accompanies us. Played by British actor and comedian Rufus Hound, the game will have an even greater amount of comedy if you understand English. The game still has real physics, and several abilities for George, such as shapeshifting.

Where's Samantha? This is a paid game, but the developers have confirmed that some levels will be available for free to try. If the player wants to buy the complete adventure, he will have to pocket $3,99, about R$22,00 at the current price, so we can expect something around this amount (probably below).

No official date has been confirmed, but according to the devs' publication. on the Touch Arcade website, the game will arrive in a few weeks for iOS devices on the App Store, and on Android via Google Play.

Other information about system requirements, or whether another company will be participating in the port of the game, was also not revealed.

add a comment of Where's Samantha? Beautiful puzzle comes to Android and iOS later this month