What happened to Gangstar New York? [WHERE IS THE GAME]

O new game from Gameloft, Gangstar New York it's a game of open world which is being highly anticipated by fans of the franchise. The game is scheduled to be released on PC, Android and iOS.

Gangstar New York was first announced in April 2020. At the time, the game was called “domination”, and was later renamed New York. 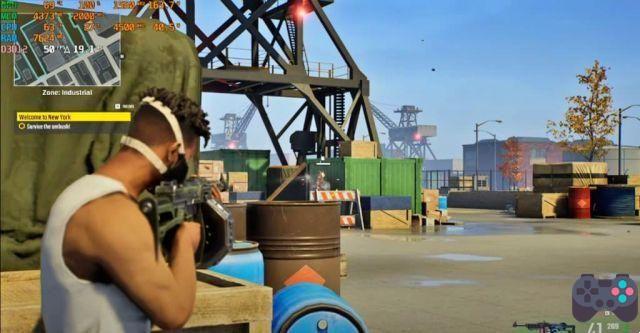 In November 2021, Gameloft started a beta test on Steam, which took everyone by surprise. The game, previously planned only for iOS and Android, proved to be a cross-platform title, with a version for computers as well.

But how is the development of the game going? It's what counts Rodrigo Dias, former Gameloft insider who returned with his old channel on Youtube. Check out.

As Rodrigo reports in the video, Gameloft has a new proposal to invest more in PC and Console games. Proof of this is Gangstar New York's own alpha test. However, games will be released for Mobile as well.

This greater focus on PC and Consoles can be seen as a positive thing for those who play on mobile, because as the computer and video game market is more demanding, we may see higher quality in games and less in-app purchases.

What is known so far of Gangstar New York

On PC, Gangstar New York requires an intermediate gaming PC. While it doesn't require a latest-generation graphics card, the PC version does require at least 12GB of RAM. In the recommended requirements, you must have at least one RTX 3060 or Radeon RX 6600 XT video card.

Gangstar New York starts with a bank robbery, in a very “GTA V” way. His partner decides to keep all the money from the robbery and flees leaving the player with the police. From there, a series of events take place and the player sees him fulfilling missions for the city's top criminals.

The game, as you can imagine, takes place in New York, but a very futuristic New York. The game's visuals look like a mix between Cyberpunk 2077 and Watch Dogs: Legion.

In addition to stealing cars, players can perform various parkour stunts, use jetpacks to fly, ziplines (like in Apex Legends) and much more.

The game's movement is very good, although the initial scenario seems small (it is worth remembering that it is an alpha test), but the little that was seen seems very good for a mobile game.


The game cycle feels a bit like Gangstar New Orleans. A game that was a failure, but this is more due to the development than the idea of ​​the game itself.

Gangstar New York, it seems, will borrow from New Orleans' mini-mission system, however, adopting a greater variety. The game will also have coop and PvP for up to 10 players. The trailer shows PvP with a lot of shooting going on, while the police (controlled by the game) are on the hunt for players as well.

What does Nvidia's purchase of ARM mean? ❯

add a comment of What happened to Gangstar New York? [WHERE IS THE GAME]