Blizzard has announced the start of a new alpha test for Diablo Immortal in Australia. Although the new test is considered closed, it is possible to test the game of Spain, without having to use VPN throughout the process. 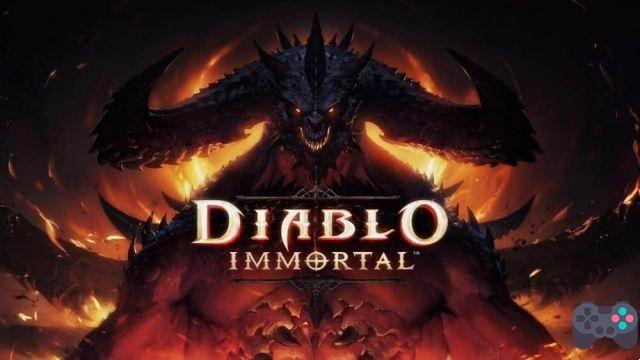 Last year in December, Diablo Immortal was available for testing in the technical alpha phase. The game received a lot of positive feedback and some players even streamed it live on YouTube and Twitch. The entire development team is very grateful to these players as the game can quickly escalate into closed alpha due to their feedback.

The new test will focus on more advanced content in the game. Players will now be able to go up to level 45 and 55. A new class will also be available: Crusader. Two new areas will open for players.

A new icy dungeon has been opened: Cavern of Echoes. The site holds a powerful relic that is guarded by an icy giant.

The new beta also marks the beginning of system additions for greater player interaction. There will be two factions players can ally with: the Immortals and the Shadows.

There will be two types of main modes with these two factions. One for raids with up to 48 players and a PvP mode for up to 16 players.

But it's not that simple PvP, players will need to go through several dungeons to be "eligible" to level up and be able to beat up their opponents.

Here we have Wyatt Cheng, Game Director who further explains how this system will work.

During the first alpha test, we had a technical problem and we couldn't participate, but this time we got a game key.

Check out our impressions in the video below.

Diablo Immortal is scheduled to be released by the end of 2021, with a version for Android and iOS.

We tested the RPG Undecember, “competitor” of Diablo Immortal (Android and iOS) ❯