As this is a game for Apple Arcade, Warped Kart Racers, at least for now, is Exclusive to iPhone, iPad and Mac OS devices. 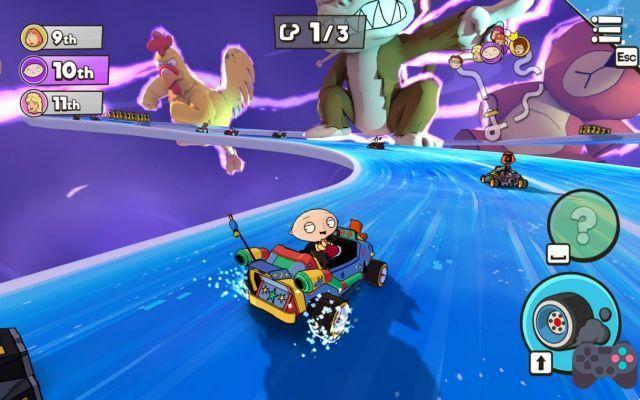 Are 20 characters in total with gameplay that you may have noticed is “inspired” by Mario Kart 8.

It's okay to be “inspired” by successful games, as long as the game is fun and original. It seems that's exactly what happens with Warped Kart Racers.

Full of references and inside jokes, the game is ideal for those who grew up or grew up watching the funniest and most politically incorrect cartoons on FOX (but where's Quagmire? Giggity).

Gameplay is simple and straightforward. You characters have power-ups to gain advantages in races and there's a whole system for customizing the car to improve its performance before the start.

As with any Apple Arcade game, Warped Kart Racers has no in-app purchases and is a offline game. However, it is possible to play with up to 8 players in championships. The game also has Bluetooth controller support.

I played a little bit of the game and it's really a simple and casual title, but it makes you laugh, especially if you're a fan of the cartoons that played on FOX and FX. At first, the gameplay pleased me. The game's producer, Electric Square, didn't try to reinvent the wheel and brought simple commands with a video game style. A simple game, but that fulfills its function of fun.