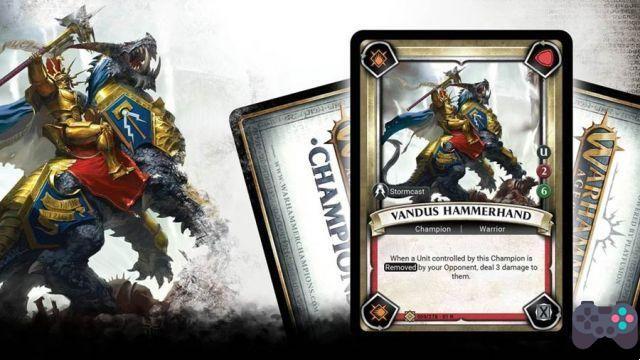 Warhammer Age of Sigmar Champions is a free card game that has just been released globally for Android. Based on the classic Warhammer series, players will be in the era of Sigmar and have the pleasure of playing with classic characters from the Franchise.

With other cardgames with a more impressionistic look out there, AoS Champions is the type of game that will only catch the attention of fans of the Warhammer series.

As with other cardgames, those who spend more have more deck building options, but AoS Champions also allows you to gain cards as you win.

Warhammer Age of Sigmar: Champions includes over 270 cards split between the four Great Alliances; Order, Chaos, Destruction and Death; each with their own playstyle and strengths.

After choosing their alliance, players start building their deck. This consists of 38 cards, including four legendary champions, four mighty blessings, and 30 action cards, consisting of units, spells, and abilities.

add a comment of Warhammer AoS Champions: Free cardgame is released for Android and iOS