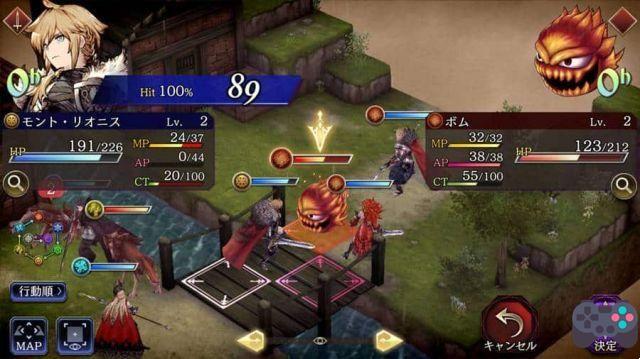 Square Enix knows how beloved the Final Fantasy (FF) Tactics series is. The company has released a free game that claims to be a spin-off of FF Brave Exvius but looks more like a spin-off of FF Tactics. so it is War of the Visions, Strategy RPG that came to the Android e iOS this week.

Got confused? It's easier than it looks. War of the Visions delivers nostalgic gameplay across a board. Each attacks on its turn and there are bonuses from terrain and when picking up an enemy from the side or from behind.

An excellent proposal with very beautiful cinematics, fun battles and a choice of languages ​​in English and Spanish (unfortunately, Square Enix still lacks in terms of location).

The “spin-off” part of Brave Exvius is if you already have a saved account in this game. If so, you can choose the continue option and start the story with in-game bonuses. 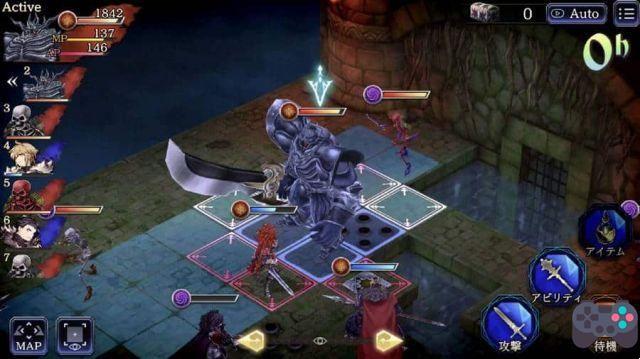 However, you don't need to have played Brave Exvius to enjoy War of the Visions. Just click on New Game and start a new adventure.

As it is a free game, we can expect some negative aspects such as constant internet connection requirement and advertisements. The game even asks if you want to receive personalized ads.

The game's story is about the continent of Ardra and its various kingdoms. These realms started a war with the use of “Visions”, manifestations of emotions that can be used in battle.

When starting a new game, you will play with brothers Sterne Leonis and Mont Leonis and, right away, you will remember Ramza and Delita (protagonists of FF Tactics). The brothers who start out as allies can turn rivals once their father announces he is going to step down from the throne. Which brother will take the throne? Then just playing to find out.

Final Fantasy War of the Visions was first presented at E3 2019. The game already appeared to be at an advanced stage of development. It launched in Japan in November of last year, and this week it's arriving globally for mobile devices.