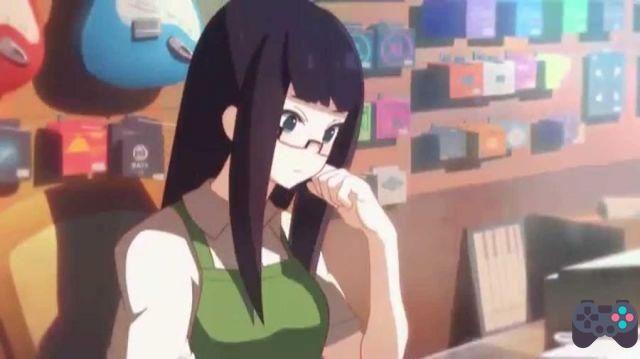 Before I got famous for hack'n slash Implosion, production company Rayark gained notoriety for the music game Cytus. VOEZ marks the return to the developer's roots, with a musical game with an anime look. Available for Android and iOS, the game is free to download and play, but requires an internet connection.

The gameplay resembles Guitar Hero, but the songs are in the “Japanese Pop” style (the first song is very reminiscent of Project Diva games for PSP). In addition to touching the screen, you also need to follow the movement of the tracks that keep changing position and add another layer of difficulty.

Hear our voice! Chelsea, a girl who sincerely loves cooking and singing. Due to an unexpected event, she and her fellow Lan Kong bandmates decide to follow their mutual dream, leading to the birth of the band VOEZ. Over time, they face obstacles and have to fight difficulties together, dedicating themselves completely to the music business.

The game's story unfolds with very cool animations and non-interactive scenes. According to the producer, new songs will be available every month. In addition to the story mode, the game will have challenges and tournaments that will be released soon.

VOEZ tries, but it doesn't deviate much from the standard of music games. Despite everything being very well done and produced, if you don't like the musical genre of this title, you will hardly like it. But there are some good ideas here, as the story develops. If you like cute animals, it's definitely a game worth downloading

Voodoo Detective is a LucasArts-style adventure for Android and iOS ❯