Video game inside Tesla? New Model S and X will have gaming platform with AMD processor and GPU

You may not remember, but earlier this year Elon Musk said it would eventually be possible to play games like “The Witcher” and “Cyberpunk 2077” in electric cars made by Tesla. Apparently, the billionaire took this issue quite seriously, and during Computex 2021, AMD (Advanced Micro Devices, Inc), a manufacturer of graphics cards and processors, revealed that it will be responsible for making Musk's speech come true. 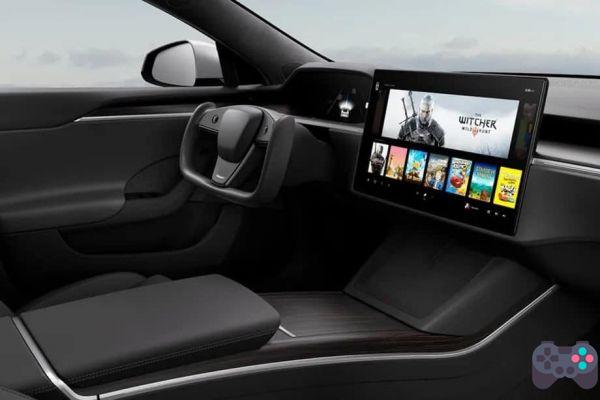 Apparently, a new gaming system will be implemented in the next Model S and Model X, which will be equipped with an AMD Ryzen processor, in addition to a GPU (Graphics Processing Unit) RDNA 2. According to Lisa Su, CEO of AMD, “We already have an AMD Ryzen processor powering the infotainment system in both cars, as well as a discrete RDNA2 graphics card primed for action when big games are launched, providing a total of 10 teraflops of processing power. We look forward to providing gamers with a great platform for AAA gaming.”

Also according to the processor manufacturer, the video game present in the vehicles, in theory, will be as powerful as a PlayStation 5, being just a little behind. And that makes perfect sense, as Sony's console is also powered by AMD's RDNA 2 GPUs, delivering 10 teraflops of power. The CEO also highlighted that the GPU graphics present in vehicles will only be activated when the title the user is playing requires “a ton of energy”. This technology is already used in gaming computers with integrated graphics cards, and Tesla cars will adopt the same model, as no electric vehicle driver would want to reduce the life of their batteries in order to maintain a high-powered RDNA 2 activated by long periods. However, this novelty should take some time to arrive in Spain, in addition, no one needs to buy a Tesla to have access to fun games, since LeoVegas is reliable and has a wide catalog of games specially developed for PC and mobile, as well as several free titles.

Other details about the system that will be present in the new Tesla cars have not yet been released, but according to the famous leaker Patrick Schur, the platform integrated into the vehicles would have a Radeon 6600M chip with 28CUs and 1792 Shader units, a little different from the 36CUs and 2304 shader units from the RDNA 2 GPU which is present in the PS5. And despite not being exactly the same, the technology is very similar, but with a slightly smaller number of cores in the same GP structure. Translating: the performance of the “video game” present in the Tesla will actually be a little lower compared to the console made by Sony.

Furthermore, even if video games integrated into vehicles have AMD components, a good part of the final performance will depend on which software platform will be used. In a recent announcement, the automaker revealed that it is looking for Linux programmers, leaving a clue that this platform could be the basis of the console's operating system. But Linux has never been seen as a good option when it comes to games, and because of that it will be interesting to see what the company founded by Musk will be able to offer in terms of a high quality gaming experience. For technology lovers and especially Tesla, just wait for the new vehicles to be delivered and experience the novelty.

add a comment of Video game inside Tesla? New Model S and X will have gaming platform with AMD processor and GPU