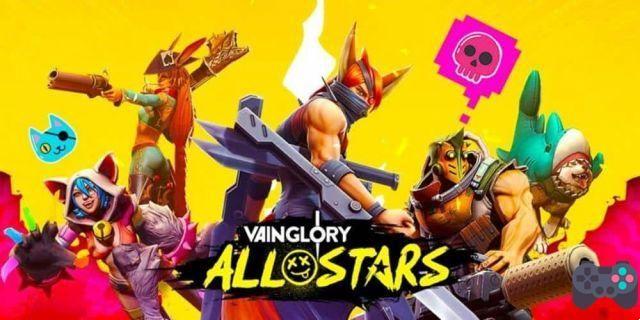 Vainglory All Stars is the new game from developer Bazooka Tango made in partnership with Super Evil Mega Corp. The new game for Android and iOS is exactly what you see below, a game very much inspired by Brawl Stars (Supercell).

The game will be a spin-off of Vainglory and that's exactly what you imagined. A casual, 3v3 combat game with quick matches, but also focused on competitive.

Who is producing the game is Bazooka Tango, who was invited by Super Evil for this unusual project. The idea is to put Vainglory's heroes to fight each other in short and frantic combats.

Many people will wonder if this is Project Spellfire. The answer is no! Project Spellfire has yet to be officially revealed, and it is in development to be a “Cloud First” game aimed at cloud streaming platforms as well as all other PC, Console and Mobile platforms. We will have more information about him in the coming months.

Tips for Getting Started with Vainglory

As much as the idea of ​​a "Brawl Stars clone" is in the air, Vainglory All Stars can bring new concepts to the genre and seek to be an option for those who want instant fun.

For more information and to pre-register for the beta test, visit the official website: