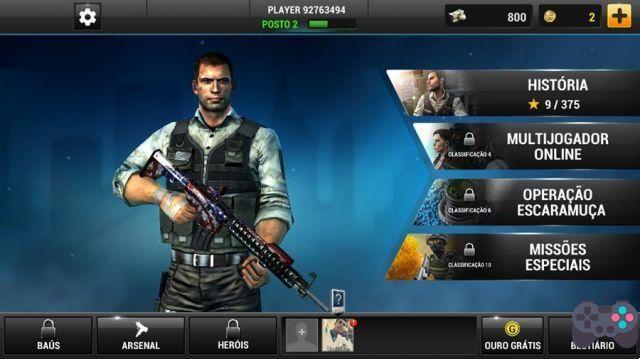 Unkilled, the Dead Trigger 2 pseudo-sequel received a major update this week. Developed by Madfinger Games, the shooting game for Android and iOS has been greatly modified. In addition to removing the power limiter, the game gained new modes, including online multiplayer.

Now, the player will have much more to do in Unkilled. In addition to the campaign mode, which has an action-packed story, it will also be possible to face other players in the PvP multiplayer mode. Added 12 new weapons and 8 new gadgets. There are two more new solo modes: Operation Skirmish and Special Missions.

With so many new features, Unkilled became that game that should have been released in 2015. But this is proof that the producer Madfinger Games listened to the players and implements what is requested. All news is very welcome. However, the game remains online.

New PvP multiplayer mode! Face off against other players on rooftops in a special arena. Fight against other players in special missions. Choose from five characters and twelve new weapons. Enjoy reward boxes, an improved weapon system and much more! Fight for ranking glory in new PvP tournaments and progress through campaign mode to earn a special reward!

Unkilled, the successor to Dead Trigger 2 comes to Android and iOS [updated] ❯

add a comment of Unkilled: Shooting game gets update with Multiplayer PvP