LINE Games has announced that its highly anticipated Hack & Slash and Action RPG UNDECEMBER, developed by Needs Games, has reached 3 million pre-registrations. The game planned for Android, iOS and PC is already open for pre-registrations, including in Spain. 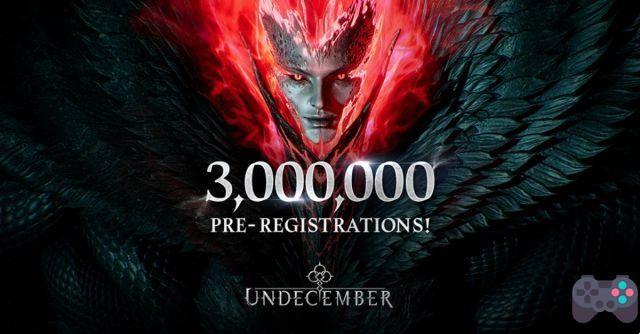 The game already has download pages on Google Play and Steam. Recently, on December 21, the game gained support for 21:9 screens on cell phones and an exclusive interface for foldable phones.

Also in December, on the 30th, the production team posted a video on Youtube presenting the improvements for the PC version. Confirm said in the video, the PC version will have several graphical improvements, which you can see here.

Known for being a "competitor" to the height of Diablo Immortal (which hasn't even come out yet) Undecember features very beautiful graphics and addictive gameplay. More information about the game can be found on the game's official website and social media.

We tested the game in October 2021 and it's impossible not to have that delicious feeling we had in Diablo 1 and 2 of exploring maps and dungeons for hours.

The battle system isn't all that interesting, but it could be improved in the future. It is worth remembering that at the time we tested it, we were playing on a server located on the other side of the world and the lag was very disruptive.

Video with gameplay of our Undecember test.

As a positive point in our test was the absence of automatic battles, which is already an advance for this type of game.

When will Undecember be released? What is the release date?

Undecember will begin operating in South Korea on January 13th. O global launch, according to the producer, should take place by March 2022.

We tested the RPG Undecember, “competitor” of Diablo Immortal (Android and iOS)

Undecember: Diablo Immortal hasn't even arrived and has already won a worthy competitor