Ubisoft makes the 1st chapter of Valiant Hearts free on Android and iOS! 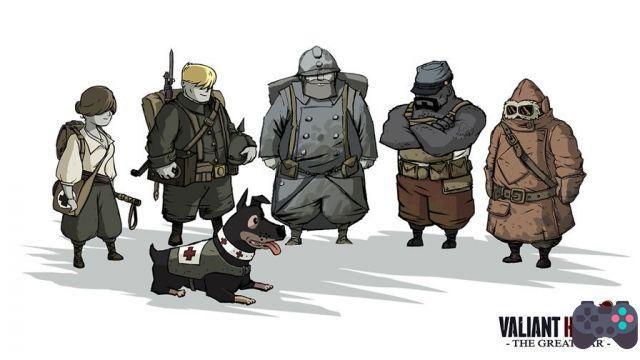 Valiant Hearts: The Great War, originally released for PC, PS3, Xbox 360, PS4 and Xbox One, was already available for Android e iOS. However, Ubisoft has just released a free version, making the first chapter available for free, both in Android and iOS. The intention is that users can download and test the game before paying.

In Valiant Hearts, we have an excellent adventure game with a beautiful story and great art direction. Get ready to sweat your eyes in a game with an epic and very exciting narrative, where few words are said, but the feeling rolls loose (That kind of feel!).

Game has been updated and is now all in Spanish!

Valiant Hearts: The Great War is a game divided into 4 episodes, inspired by cards from the First World War. Additional episodes are available in multipack or individual in-app purchases. The game has great historical appeal with several real references to one of the greatest armed conflicts in history.

Link to download the FREE trial version on Android

Link to the PAID version on Android (R$ 47 reais)

Ubisoft launches mobile game where you have to literally run! ❯

add a comment of Ubisoft makes the 1st chapter of Valiant Hearts free on Android and iOS!