Ubisoft launches mobile game where you have to literally run! 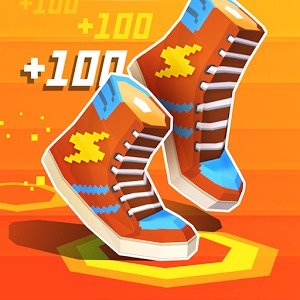 Shape Up Battle Run is a game for smartphones with Android, iOS e Windows Phone, where the only way to interact is walking or running. The game looks more like a training app, which will accompany your entire physical activity. But the difference is that, in the game, you don't race alone, but against friends and characters from the game itself.

So if you're looking for a running game to play lying down, forget it, in Shape Up Battle Run you'll have to run, or at most, if you want to cheat the game's system, swing your smartphone, which can also be tiring, because races take 5 to 30 minutes.

The game has two modes: fast racing and story. The fast race mode is self-explanatory, while the story mode is where we find the coolest part of the game. It is divided into three other modes: jungle, zombie and spy. Each mode has phases and in each of them, the player competes with characters from the game itself.

During the race (or walk) the game will give instructions to motivate the player, informing how is his performance and so on. The bad part is that the game is only in English and it is not possible to use it with the smartphone resting on something. It needs to be next to you so the accelerometer can pick up your steps.

Shape Up Battle Run is an excellent idea, but it has poor audio. In a game like this, where the player cannot keep looking at the screen at all times, interesting audio is needed to compensate for the lack of visuals. For the most addicted, it is possible to play games and stare at the cell phone screen, but I believe that, in addition to being tiring, this can cause some accidents.

add a comment of Ubisoft launches mobile game where you have to literally run!