Trash Truck Simulator: become the driver of a garbage truck 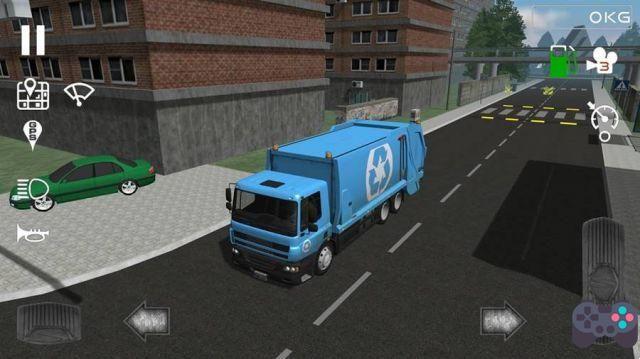 The new craze of simulator games on Android is games where you control a garbage truck. In Trash Truck Simulator, the goal is to keep the city clean, but don't rush too much. The challenge consists of crossing the city, collecting garbage and taking it to recycling.

It seems easy at first as the controls are very easy to learn. But we soon realized that this is not so. The truck needs to be fueled with diesel. There is a maximum load volume it can support. The game also complicates missions without the possibility of starting over from wherever you want. A phase has begun, it must be completed.

The bucket lifting animations are very convincing, but some elements were missing to make the game more realistic, such as employees taking the garbage to the truck and more movement on the street.

Even so, Trash Truck Simulator is a very fun game that, unlike other Android simulators, has a challenge to hold the player.

The game displays the message: “connected to the server”. But this is a programming flaw. We tested the game, and it is completely offline.

add a comment of Trash Truck Simulator: become the driver of a garbage truck