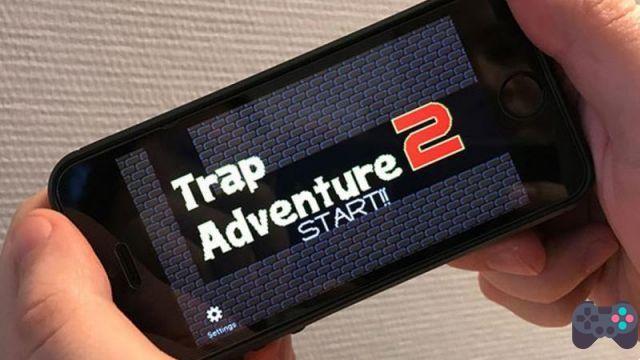 Trap Adventure is one of the most hateful and irritating games of recent times. With the sequel, Trap Adventure 2, the demand for the game in the Android. In reality, there is no official version, just inspired games that look a lot like the original.

It's the same case with Getting Over it. The game's official developer has never released an Android version, and there are only versions created by other developers.

– Is there Trap Adventure 2 for Android?

The most similar game to Trap Adventure 2 is this one here. It reminds a lot of the original game made by HIROYOSHI OSHIBA. However, we recommend installing at your own risk. At Google Play, there is the game TrapMania, reminiscent of a somewhat sadistic game.

In both, the commands are simple and these unofficial versions are surprising for their gameplay. They are easy to play games that don't need internet, you can play offline without any problems.

What makes Trap Adventure so fun is its ability to generate irritation and potential memes. It's the favorite game, at the moment, of Youtubers and Vloggers who film their frustrations with the game.

The developer's creativity is also something worth noting. it's impossible not to laugh at how the guy imagined fun situations with instant traps. There is literally no safe place in this game.

As for me, I wonder why humanity likes to torture itself so much.