TRAHA INFINITY: MMORPG mobile hit in Korea gets a sequel

TRAHA is one of the most hyped and awaited franchises by fans of MMORPG mobile. The first game hasn't even arrived in Spain yet and we already have a sequel made by another company, MOAI Games. TRAHA INFINITY has already been released in South Korea. 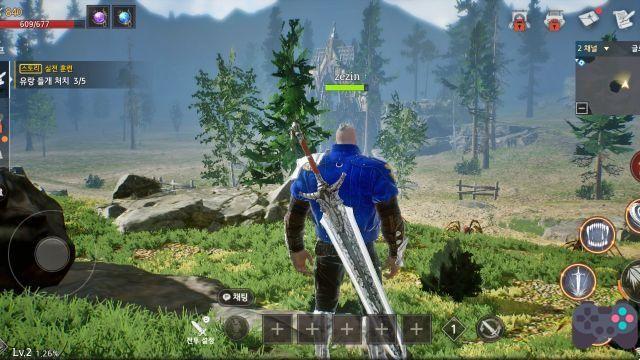 With prime time commercials on Korean TV, TRAHA INFINITY brings an adventure with a rich visual and cinematic feel. A game with a lot of history and that follows that pattern of hype that we already know, in the style of “Odin Valhalla Rising”.

Like the previous game in the franchise, Infinity is even more “heavy” in terms of resource requirements. The new game requires at least a top of the line with Snapdragon 855 or 860 and at least 6 GB of RAM. The game does not have a 32-bit version.

One of the focuses of the game is raid mode with cooperative multiplayer in real time. But it doesn't take long to realize that we're looking at a mixture of “Black Desert Mobile” and TRAHA.

Premiere prediction in Spain? NONE! but there is hope. The trailer for TRAHA INFINITY features western actors which may indicate a western release. When? Nobody knows.


Want to test the game? You can download the APK and play on Android without VPN or download from South Korea app stores.

add a comment of TRAHA INFINITY: MMORPG mobile hit in Korea gets a sequel