tower of fantasy ( 幻塔) is an MMORPG that has been quite “hyped” on Youtube, but one needs to be cautious in this hype. The game looks wonderful, but so far there is no western release information. 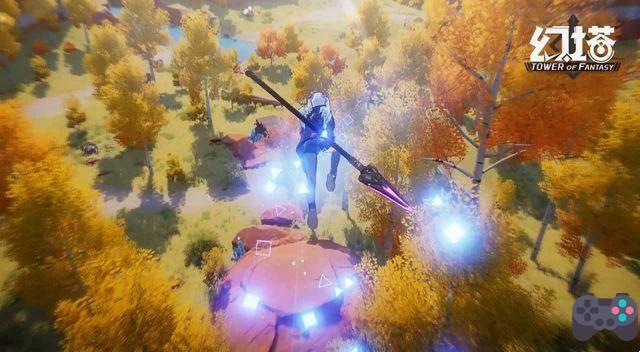 Tower of Fantasy has many similarities with Genshin Impact, but in reality, if it looks too much it can be a negative. After all, Genshin Impact already exists and is already on Spanish digital soil, all translated into our language and even with localized prices.

That's not what happens with Tower of Fantasy, the Chinese game has no forecast of being released in the West, and it wasn't even released in China itself. The game is still in its third beta test.

As we know, Genshin Impact has mechanics inspired by The Legend of Zelda: Breath of the Wild. So he would be the “copy of the copy”? Fortunately Tower of Fantasy doesn't stop at inspiration and has its own ideas.

A positive point of Tower of Fantasy is its main difference from Genshin Impact.

Tower is intended to be an online MMORPG, while Genshin has a greater focus on solo and co-op missions. Although I prefer to play solo or at most with a friend, an MMO with Genshin-style mechanics would be fine.

However, it is not possible to say if the game will keep this element, because as it is said in the beta test, this is not the final version of the game.

And for those who expect a lighter game… you can take the little horse out of the rain. In this beta test, Tower of Fantasy is already at 11 GB!!!!


Unreal 4 engine creates a perfect 2500*2500 world, motion capture system gives the character real dynamics, multiple interaction scenes can be used for everything, low threshold, high depth, high refresh operation system precisely meets the needs of all levels, careless action can trigger the hidden plot, gradually unlock the secret behind the main story. The fate and future of the world is in your hands every second!

add a comment of Tower of Fantasy: video brings comparison with Genshin Impact