Hotta Studio and Level Infinite are fine-tuning for the global release of tower of fantasy. The open world RPG started its first closed beta test (CBT) in the west in the following regions: USA, England, Canada, Germany and Japan. 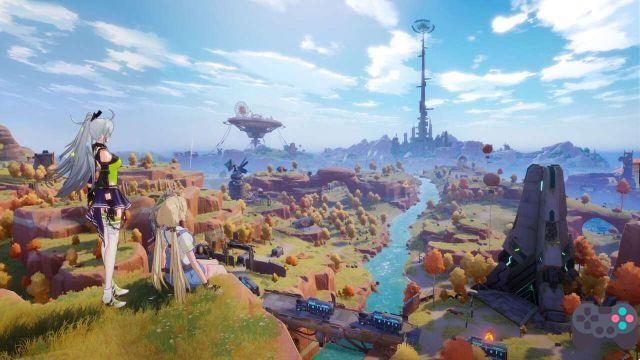 Players who are in the regions mentioned above (or use VPN) will be able to test the game in its English version first hand.

But don't worry, it's not enough to turn on a VPN and download the game. The producer will require players to log in via an email and password and have verified access to CBT. Therefore, the “hasty people on duty”, that is, us, will have to wait longer.

CBT is quite restrictive and only 30 players were selected, in addition to mobile youtubers. All CBT progress will be erased when the game is released globally.

Much commented for being a game similar to Genshin Impact, Tower of Fantasy is a game that is being highly anticipated by the community that loves online RPGs.

Focused on its history and with single player and cooperative mode, this new RPG for mobile phones was launched in China in 2021 and was very successful there.

According to the website PocketGamer, the game will have a multilingual system. This may be an indication that there will be a Spanish translation as well.

Created in Unreal Engine 4, Tower of Fantasy features anime-like characters in a setting that is both futuristic and post-apocalyptic.

Tower of Fantasy will be released globally in 2022 with versions for Android, iOS and PC.