It seems like Genshin impact is doing school. tower of fantasy is another ambitious open world RPG that will have an anime look. The game was in development long before Genshin Impact was released, but now we wish that the Perfect World follow miHoYo's example.

Tower of Fantasy is already being dubbed by many as “Genshin Impact 2”. 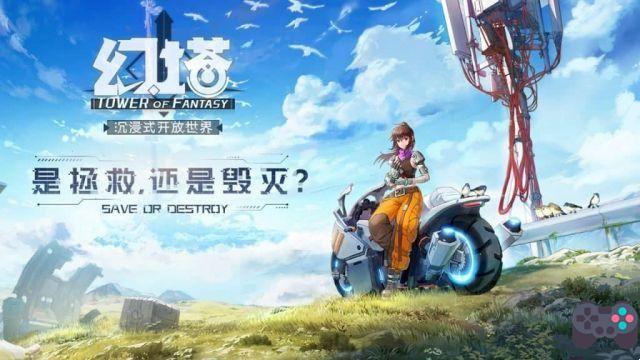 Tower of Fantasy is only scheduled to be released in China for now. The game is being developed in Unreal Engine 4 by indie studio Hotta in partnership with Perfect World.

In the second video we see various mechanics of exploring the world such as swimming, climbing and jumping. It all reminds a little of the recent hit Genshin Impact.

As you can see, the game will remind you a lot of Genshin Impact. Let's hope that it has a lot of focus on the story and that it doesn't have automatic systems!

Under the strong contradiction, will ordinary human beings, like you and me, choose to save or to destroy?
When you really don't face it, no one can know. So we'll create this world, the more real the better, and see how players choose. Can we develop different lines of worlds?

It is worth remembering that unlike Genshin, many portals such as MMOCulture are advertising Tower of Fantasy as an MMORPG. But in the description of the game on Tap Tap, the developers have stayed “marketing” in the open world.


– Launch of Tower of Fantasy?

There is currently no release date set. The game's first beta test will start in China at the end of this month and will only last 2 days.

add a comment of Tower of Fantasy: New Genshin Impact-style MMORPG for Android and iOS