2D games have forever marked the world of video games, and it is natural to think that the successor of this type of game is 3D, however, 2.5D can also be considered one of the improvements when we talk about two-dimensional games, and we can clearly see this in Tower Hunter: Erza's Trial. 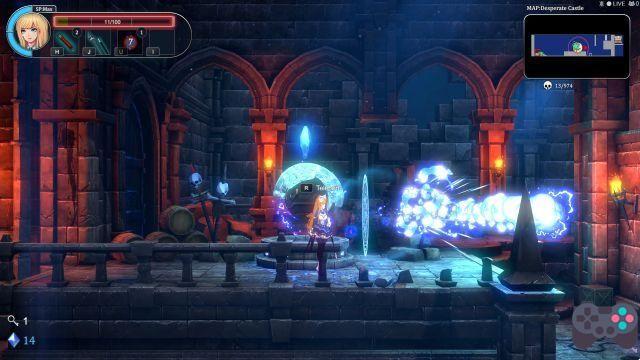 Developed and originally published by IceSitruuna and ported to Android by Youloft Games, Tower Hunter: Erza's Trial is a 2.5D side-scrolling roguelike that is already in early access on Google Play.

The game arrived in 2019 for PC and is now being ported to Android devices. The game is paid, including early access, and if players want to see how the developers are progressing, they will have to pay R$36,99. This price is above the PC version on Steam, which costs R$34,99.

Going to the gameplay, Tower Hunter: Erza's Trial also has metroidvania elements, in addition to arriving with a “smooth gameplay”, according to the game page, being able to adjust the height and direction of the jump, among other features.

Already in the story, we meet the protagonist Erza, who made a pact with the Devil when she was a child and now has the power to revive, so she can avoid the dangers of the world and explore the Tower freely.

However, this "power" can turn into a curse, as whenever Erza dies she will be sent back to the starting location, thanks to the Devil's powers. On this journey, the heroine accumulates materials and items, becoming stronger and stronger.