Total War: Medieval 2 is a strategy game that was released for PC over 15 years ago. The game is legendary and has a legion of fans. this classic game will be remastered by Feral Interactive and will be released for Android and iOS soon. 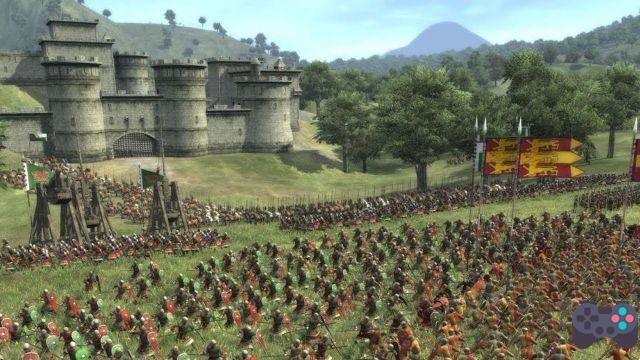 Unlike other games of the time, Total War: Medieval 2 features a full 3D look with very beautiful graphics. The game was released by Sega in November 2006.

As you can imagine, the game will most likely be paid and offline.

The trailer above gives a quick cinematic glimpse into Total War: Medieval 2. Creative Assembly's classic strategy game dating back to 2006 is the fourth game in the Total War series.

Total War: Medieval 2 offers a mix of real-time and even turn-based battles, the title explores the Middle Ages with content spanning Europe, Africa and even the Middle East. The game is highly rated on Steam.

The inclusion of touch controls is to be expected, and the recent PR release mentions that fans can look forward to the entire game without compromise, which sounds promising. So far, not familiar with how the game will be monetized or even how much it will cost, but I can expect another high-quality release from the studio in particular. Also, you don't have a precise release date along with spring offered because current windows. But a minimum of all of us know that the sport should arrive soon.

When will Total War Medieval 2 be released on Android and iOS?

On Twitter, Feral Interactive gave a preview of the release of Total War Medieval 2 for mobile phones. According to the company, the game will arrive in the spring of 2022, which translating, the launch will be between March and June 2022.

Total War: MEDIEVAL II thunders onto iOS & Android in Spring 2022 — putting the power of kings at your fingertips and the fate of nations in the palm of your hand.

Lead all-conquering armies, master statecraft and forge an empire to dominate one of history's most turbulent ages. pic.twitter.com/xqv1EG1sDZ

Feral is a company that has been releasing console game ports with incredible consistency on mobile. The company has already released: GRID AutoSport, XCOM and XCOM 2 Collection, Tropico, Company of Heroes and Rome Total War.