Toram: Another Awesome 3D Online RPG for Android and iOS 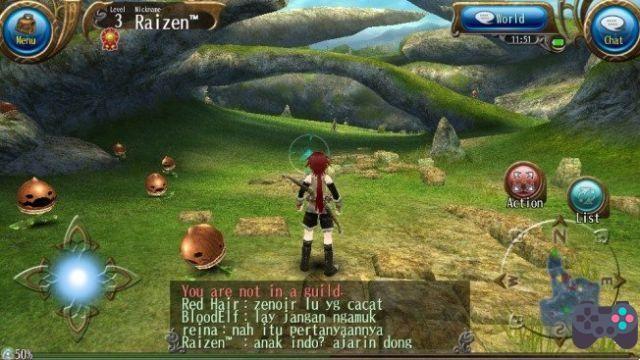 Torah is a RPG online 3D developed by Japanese producer Asobimo, with versions for Android e iOS. The producer is also responsible for other games of the genre such as Available e Irun. As with other of its games, Toram is an impressive game with anime look and freemium gameplay. The game had already been released in Japan, but has just won a version in English.

Toram fulfills the requirements that many players are looking for: an online MMORPG with an anime look and an open world in 3D. However, these requirements have already been fulfilled in Available (Android and iOS). However, Toram brings a new proposal, with similar gameplay, but with a focus on the story and dialogues with NPCs.

The game starts with the menu to customize your avatar. You can choose gender, hair color, skin, weight and weapon type. There are no classes, but several different weapons.

As it is an Online RPG, the game downloads a lot of content. So, keep an eye on your data plan, or leave it to play only when you're connected to a Wi-Fi network.

Like other online RPGs for Android and iOS, Toram stands out for the layout of the commands, proposing a new attack system, where the player only needs to order the combat once. Thanks to well-adapted on-screen controls, this RPG is a lot of fun to play. There aren't as many shortcuts and the stages aren't short, it's possible to spend hours playing because there are no power limiters.

With great visuals, good controls and without adhering to boring microtransaction systems, Toram is a PC MMORPG turned into a mobile game. Just like Avabel, the only problem is getting addicted and ruining your cell phone battery. However, the game does not have many sound effects and the ideal is to play with the audio turned off.

add a comment of Toram: Another Awesome 3D Online RPG for Android and iOS