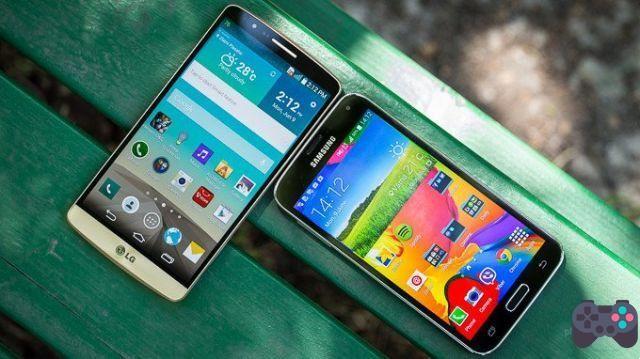 An unusual list. We gathered the 5 best cell phones used to buy in full crisis. The smartphones selected take into account the cost and benefit, with an emphasis on performance for mobile games. Check out the top.

– A light introduction and clarification

Cell phone is not an investment, ok? It's consumer good. That said, it is worth remembering that the devices mentioned here are not the cheapest, let alone the most expensive. The list is made up of used smartphones named as the “best buy”, taking into account both the price and the uses that the device can assume. It is the old cost/benefit ratio, but applied to the context of the crisis in which the country is currently living.

The indicated price takes into account the average value of the cell phone in used device stores (Trocafone and others).

Overwhelmingly, it is much better to buy a smartphone from last year, the cell phones mentioned here are suggestions. If you are able to buy the newest version, you can go to us (with some caveats described below).

The Z3 Compact might be considered “small” by today's standards, but this smartphone is a monster when it comes to performance. Released in 2014, the smaller version of the Z3, has only the reduced size, but keeps the same processor (SoC) and RAM memory of the bigger brother. With Snapdragon 801, 2.5 GHZ and 2GB of RAM, the Z3 Compact beats any entry-level smartphone today (and even some so-called “intermediate ones”) in the same price range.

The thing improves even more with the screen resolution, which for being “only HD” (1280×720 pixels), helps the device to run smoothly any game from the Play Store. The Sony Z3 Compact can be found in used device stores (with warranty) for a measly R$ 689 reais. It is the cheapest smartphone on our list.

From the cheapest to the most expensive on the list. Our focus is on games right? And in that department, the iPhone 6 is one of the kings. Almost unbeatable performance, combined with a price that is expensive, but has as one of the main advantages not to depreciate as fast as smartphones with Android or Windows Phone.

In addition to good gaming performance, the iPhone 6 still earns points for iOS exclusive games. games like Oceanhorn, Afterpulse, Heroki, Infinity Blade and many others take years to get to Android. Therefore, if you are familiar with the Apple Operating System, the iPhone 6 is the most suitable.

And the iPhone 5 and 5S, aren't they good buys? Here's the thing… for games, they're satisfactory for those who ALREADY HAVE one. For those who are still going to buy it, the feeling will be that they bought a very basic product, as several games that will be released throughout 2017 will no longer be compatible with older versions of the iPhone.

LG did the impossible, spoiling the G line with several smaller versions that took the shine off the “Flagship” version. In addition, the manufacturer has adopted the bad habit of bringing capped devices to Spain.

Within this context, the LG G3 is still saved, a device with an incredible 5.5-inch screen with a resolution of 1440 x 2560 pixels, Quad-core 2.5 GHz Krait 400 and Adreno 330 processor. you have to look carefully so you don't buy the version with 3GB of RAM (32GB) by mistake. On a day-to-day basis, this makes little difference, but for those who are mobile gamers, 2GB of RAM is sorely needed!

Despite being from 2014, the LG G3 still gives a “leather” to many intermediate cell phones that we see around. If you have money to spare, you can go for the LG G4 without fear. However, be careful with the LG G5, the version released in Spain was nicknamed “SE” for having lower specifications than the international version.

The quality of Samsung's top-of-the-line devices is indisputable. The Galaxy S5 is one of those smartphones that literally dictates game compatibility in the mobile market. Apart from the exclusive games for Tegra, the Samsung Galaxy S5 runs almost everything on the Play Store with maximum graphics always!


His configuration can be considered intermediate for the present day, but they are very robust. However, you need to be aware of the versions. The best version is 4G with SoC Snapdragon 801, Quad-core 2.5 GHz Krait 400 and GPU Adreno 330.

The Samsung Galaxy S5 only has 2GB of RAM, but because it has FullHD resolution, the device performs slightly better than devices with a 2K screen. especially in applications like PSP and Nintendo DS emulators.

If money is no problem, you can go for more robust devices like Galaxy Note 5 or Galaxy S6. Both are at great prices at second-hand stores, costing 1/3 the price of the Galaxy S7.

Motorola has reached perfection with the second version of its top-of-the-line smartphone. Even though it was released in 2014, the Moto X 2 is an easy recommendation for anyone who wants a smartphone with unsurpassed performance, pure Android, fast updates and zero problems.

Absolutely nothing bothers this device with a 5.1-inch screen, Snapdragon 801, Quad-core 2.5 GHz Krait 400 and Adreno 330 GPU. It has 2GB of RAM, but the lightness of pure Android guarantees incredible gaming performance. Running everything on “Ultra” all the time!

There are a few caveats here and there, but the price it usually sells for is very attractive. Currently the Moto X can be found in used cellphone stores for a modest R$799 in the 32GB version. The same price you'd pay for a Moto G topped up.

And these are our “picks” for cell phones used in the midst of the 2016 crisis. As you can see, many are priced lower than basic smartphones and can be found in stores like Trocafone and others. Did you miss any? Say it in the comments.