Top 10 Best Shooting Games for Android and iPhone of 2017 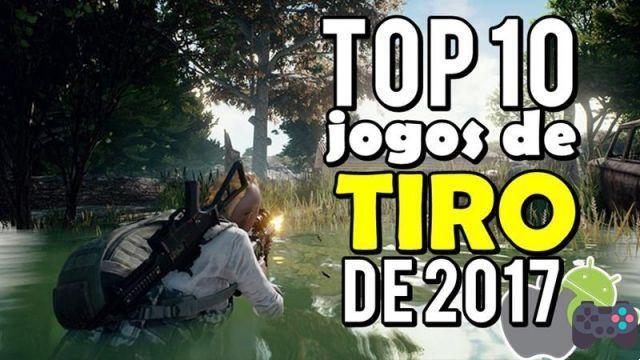 The genre “Shooters”, be it FPS or TPS, is one of the most popular on Android and iOS. And the year 2017 was full of great releases within this style of gameplay. Because of this, we have prepared a separate top of action games focusing on shooting combat mechanics, whether they are in first or third person. 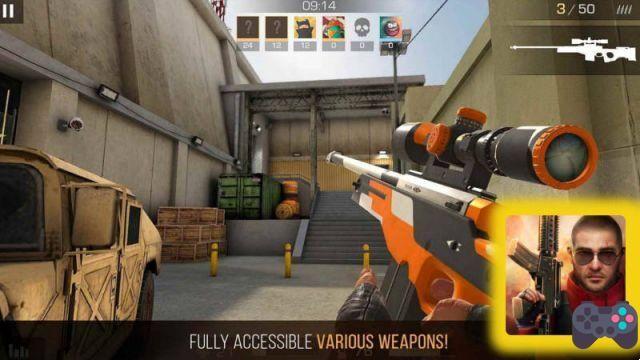 Touted by many as a Counter Strike GO, Stand Off 2 is not the conversion of the classic on Android (nor the best “CS:GO” style game), but it comes pretty close. The game was released with many problems, but throughout the year it gained several improvements.

The main improvements the game received were on the servers. Now offering a stable experience, Stand Off 2 is one of the best squad games focusing on the competitive scene. With the fun “Defuse bomb” mode, you can't help but have the feeling of playing CS:GO on mobile. But calm down that this is not the definitive game in this style, there are better ones and you will see in this top 10. 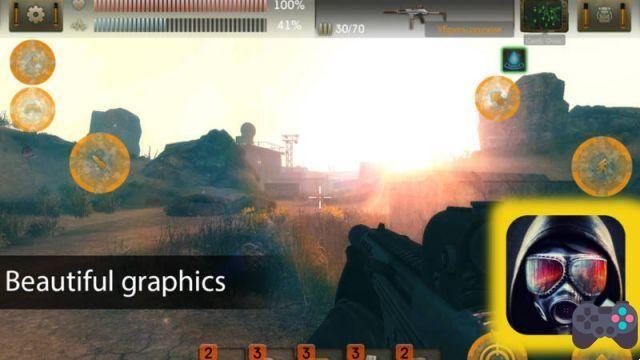 The year 2017 was jam-packed with online multiplayer-focused shooters. Therefore, we cannot fail to bring here an excellent survival and exploration game with a lot of shooting: The Sun Origin.

The game draws on the fountains of Fallout and STALKER, but unlike the two, it is essentially a shooter. In the story of The Sun, the Sun released a radiation all over the world and Earth became a nuclear wasteland. Participate in quests to gather supplies and see what's left of humanity.

The Sun Origin has been in beta for a long time and the final version surprises, one of the first games from AGaming to come out really complete. 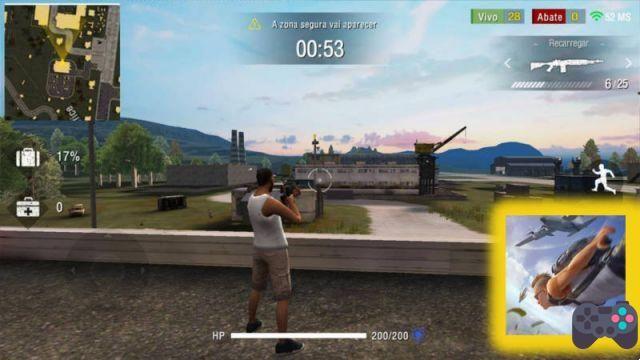 A lot of what we saw in 2016 and part of 2017 were Counter Strike-inspired games. But in 2017, especially the second of the year, we had a tidal wave of games inspired by Playerunknown's Battlegrounds (PUBG). Boy! How did the game come out in this style? Between October and November, a new game of this “genre” was released every day.

But among them, one stood out for those who have a weak cell phone, and it was Free Fire. Very light, this game runs very well on most cell phones. Free Fire is also ideal for those looking for a Battle Royale-style game that doesn't charge the battery of their Android phone.

Currently the game only supports 30 players online. But for many, it's more than enough for quick matches. Something that fits very well in the proposal of a mobile game. One of the best shooting games of 2017. 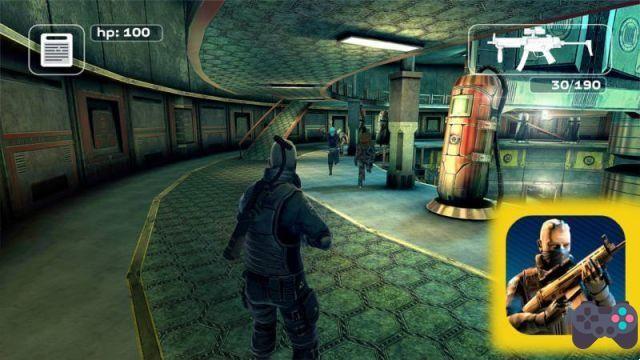 Like the first game in the franchise, Slaughter 2: Prison Assault is a fun third-person shooter (TPS) action game. The game takes place in a prison where a riot has taken over and all the guards are dead. A security team has been dispatched to the scene, but only you can handle the situation.

The handheld video game-style grip works very well. The game is simple and straightforward in its proposal. Go through the stages facing the bandits and collecting weapons in order to advance.

With beautiful graphics and a little backstory, Slaughter 2 is that typical offline Android game that follows the formula of classics of the genre. All without any kind of in-app purchase or advertisement. Congratulations to the developers. 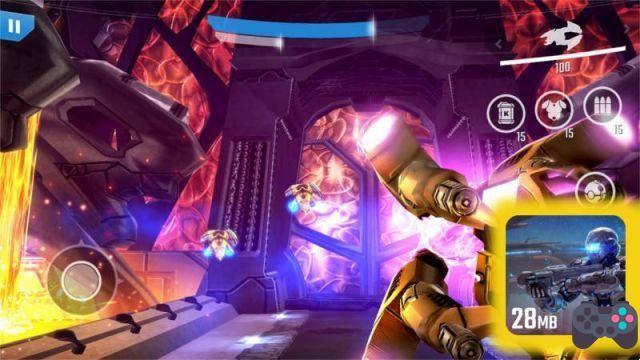 Although there is the free version of NOVA Legacy on Google Play, and on the Gameloft website version we see Kal Wardin at his best. In an offline game with no in-app purchases. Something rare in terms of Gameloft games for Android.

NOVA Legacy is nothing more than a remaster of the first game in the franchise. Despite the multiplayer being monotonous, it is in the campaign that the game shines. Follow Kal's journey to uncover the secrets of a conspiracy against humanity and other societies in the galaxy.

NOVA Legacy takes the player back to the early days of Gameloft's Android games. A great reminder of how the producer's old games were focused on history, and how their narratives are still current. Well, Gameloft could bring more "remasters". 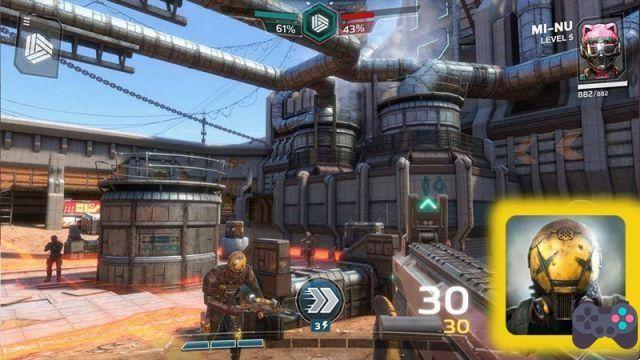 It is one of the most disappointing games of 2017. Even so, Modern Combat Versus deserves to be on our list for its contribution to the “Hero Shooter” genre. Gameloft may have completely missed the mark in 2017, betting on a genre that didn't attract that many people, but MC Versus is a game with a lot of potential and that can shine in 2018.

Undoubtedly, the FPS is among the most beautiful of 2017. But this is something that we can only say on iOS, as the Android version arrived with many problems, one of them being,

With constant updates, Gameloft is improving its flagship shooter over the months. After some problems at launch, the game already seems pretty stable (on top of the line). It also seems to me that most players already understand that this is a tactical and teamwork game. With that in mind, MC Versus gets very interesting. Especially now that Gameloft has released the squad system. 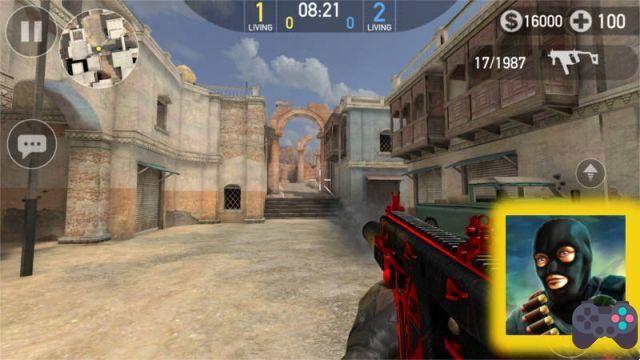 Speaking of tactics and strategy, incredibly (and once again in the history of mobile gaming) a game developed by a single person outperformed a game made by more than two hundred.

Forward Assault is a tactical game from the creator of Bullet Force. With Terrorist vs Counter-Terrorist modes, the game resembles Counter Strike in gameplay and focus on completing objectives, not just rushing out like Bullet Force.

An FPS that surpasses Modern Combat Versus in the purity of its shooting that is simple and at the same time a lot of fun. It's not that scheme of unloading an entire magazine (or almost two) on an enemy. It reminds a lot of CS:GO for the clean shooting and focused on the players' skill and not on micro-transactions. 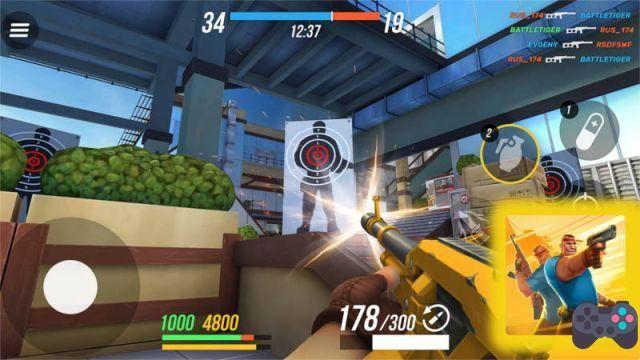 Guns of Boom predicted all of 2017's trends in shooting games (minus the explosion of PUBG). It brought simple auto-shooting, without looking too robotic, and straight-to-the-point gameplay. Just one tap to start the game.

Other qualities of the game are due to its extraordinary compatibility. We're not just talking about game compatibility, but connection. The games surprise by requiring little to have fun. It is possible to play online with ease, even on poor quality 3G networks.

The versatility in attracting both casual gamers and fans of the genre, makes Guns of Boom rank third in our top 10 best shooters for Android and iOS. 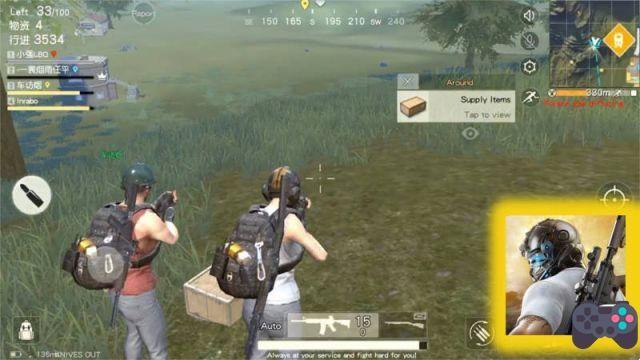 Knives Out or Survivor Royale, depending on which version you test, are basically the same game. One was released in the West in English and the other arrived later in Spanish.

They are two shooting games very much inspired by Playerunknown's Battlegrounds. In games with up to 100 players, the objective is to eliminate everyone. Survivor Royale and Knives Out have beautiful graphics and simple, straight-to-the-point gameplay. The games support solo or multiplayer matches with other players with the right to use the cell phone microphone.

These two games well capture everything players were expecting and were disappointed with games like Bullet Strike or games with fewer players or no vehicles.

Survivor Royale and Knives Out are good, but NetEase has yet to release another PUBG-style game this year. And we'll talk about it later. 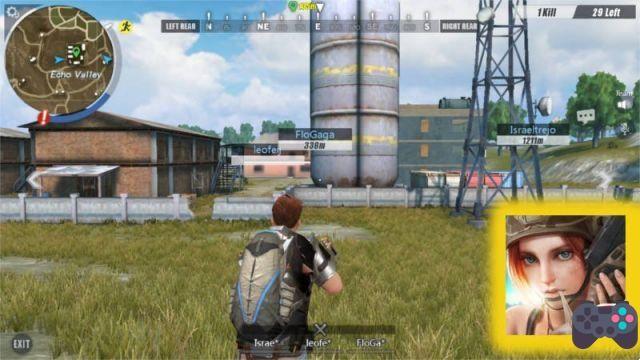 When it realized that the Battle Royale genre was going to explode in the west, NetEase brought not one, but three games of the genre to Android and iOS. Anyone would think: “she brought unfinished games”. But that's not what happened.

Rules of Survival exploded, and with all due merit, as one of the biggest hits of 2017. Rules of Survival is actually the PUBG version of Terminator 2. The game was brought to the west without any allusion to its single-player version. The title's focus is the battle royale mode, completely inspired by Playerunknown's Battlegrounds.

In this aspect, one might think that the game is incomplete. But in reality Rules of Survival is the most complete game of its kind, currently, on Android and iOS (in the West). And the most beautiful too.

Much of the complaints from users is due to the fact that NetEase has updated the game with improvements mainly in the visuals, this has taken the game out of compatibility with many basic and intermediate devices.

Much more advanced than its competitors, Rules of Survival supports up to 100 players on the same map. The game stands out for having cars and gameplay very close to PUBG. As in the PC game, the player parachutes down and must eliminate all other players until he wins.

The highlight of this game is its system of "listening" to what is around. Ideal for a pubg game anywhere. Also, the game has an auto-squad system that seems chaotic at first, but is much better than just playing alone.

Of all the shooting games released in 2017, this is without a doubt the one that hit the nail on the head for anyone who was expecting PUBG on Android. Sensational graphics and fast matches. Use of vehicles and a touch of personality, inherited from T2. Rules of Survival justifies its success as the best shooter of 2017.

Also check out these games released in 2017: