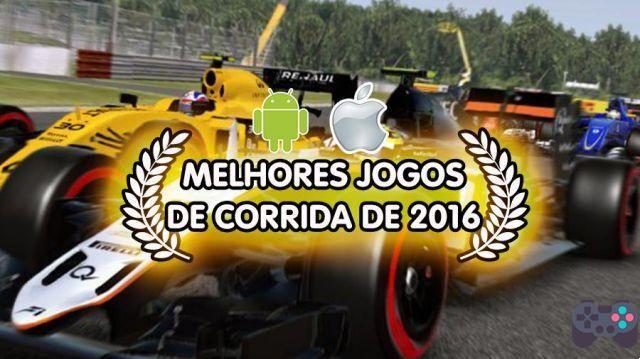 The year 2016 started warm for those looking for racing games. But in the second half of the year, things heated up with releases like Asphalt Xtreme and Gear.Club. This is the Top 10 Best Racing Games of 2016 for Android and iOS.

The lightweight City Racing Lite is in our tenth place. The racing game is suitable for fans of games like Asphalt, but who don't have a powerful cell phone to run it. 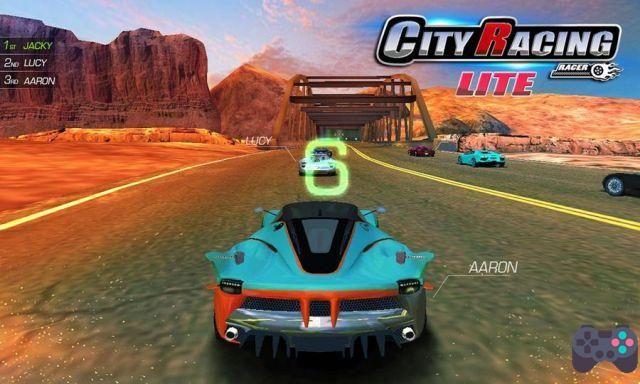 With Local multiplayer, City Racing Lite focuses on offline gameplay. The controls are simple and the cars are not as realistic as in Asphalt, but the scenery is beautiful.

Go Rally is a racing game with cars and focus, obviously, on snow and land rally. Produced by Chillingo, the title is a paid game that captivates by the unusual gameplay. 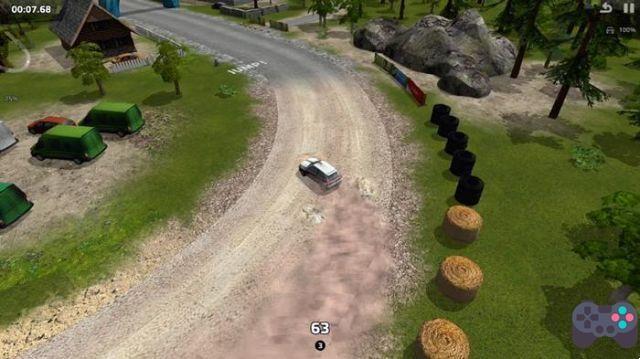 We see the car from above and can control it through winding tracks. It seems like a weak game at first, but this game has a long gameplay with a lot of content to explore, worth the “investment”.

CSR Racing 2 bets exactly on the formula of the previous game. The look of the 2016 version is impressive, with very beautiful graphics, but lacking in gameplay.

For speed lovers, CSR Racing 2 is worth it for having one of the best graphics of 2016. However, remember that this title requires constant connection, and is quite greedy when it comes to in-app purchases. Despite the quality of casual play, CSR Racing 2 only managed to rank eighth in our top 10.

Assoluto arrived by surprise as a driving simulator with a focus on realism. The game only features test drives of famous cars with a gameplay that can cause strangeness in those who are used to the unrealism of Asphalt, Need for Speed, and even Real Racing. 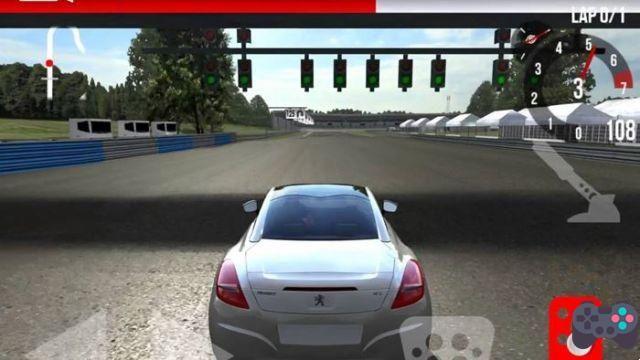 Wrong entry of the curve? Unlucky for you, in Assoluto you can't magically fix things. The project seems to be just beginning, but the game has an incredible premise. It only lacked online races or against cars controlled by the game.

Micro Machines, the legendary toy car game franchise, got a new version on Android in 2016. 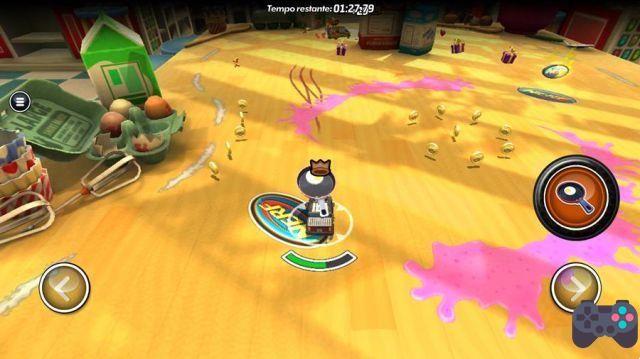 The new title scares a little, thanks to a lot of freemium elements. The races are short, but the gameplay is a lot of fun and the graphics are excellent.

Launched in 2015 on iOS, Traffic Rider arrived on Android only in early 2016. Despite its more casual style, the game features races against the clock, where the player needs to dodge cars on the streets. 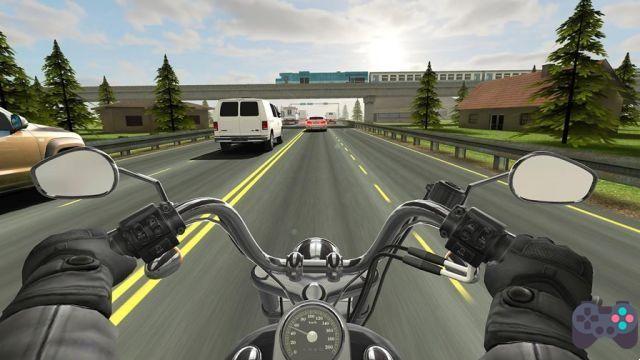 Although it has a simple proposal, Traffic Rider shines in execution. The graphics are excellent and the controls are very well adapted. The result is a repetitive game, but not boring. The player starts with a scooter, but in a short time can buy better bikes.

One of the surprises of 2016, Gear.Club is a game that takes inspiration from Forza Motosport (Xbox) and brings this gameplay half NFS, half realistic with high quality graphics. 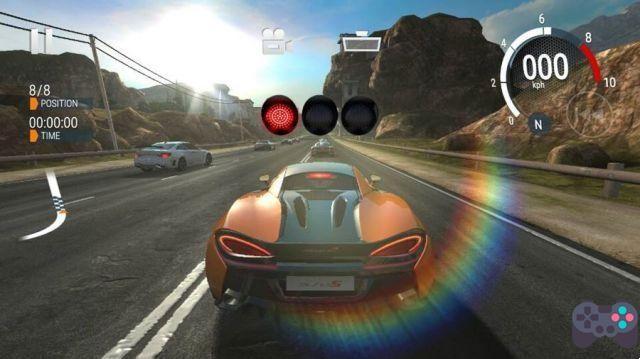 One of the elements that caught the attention of the players is the possibility to open the doors of the vehicles and check the engine, and the interior of the car. Gear.Club has a lot of content such as tracks and cars to collect, however, some mistakes in the game design, guaranteed only the fourth position in our top 10.

Asphalt Xtreme is without a doubt the most popular racing game of 2016. But does that automatically make it the best game? No way. The classic Gameloft franchise reached #10 in our top XNUMX. 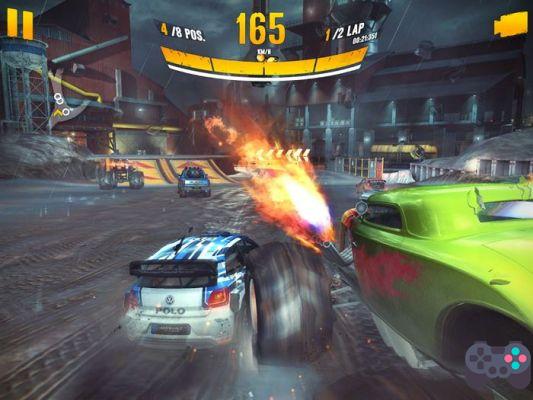 The graphics are the highlight of Asphalt Xtreme. But the game has few clues and the rather repetitive gameplay disappoints after a few days of playing. So far, it's a game that, if it doesn't receive good updates, will hardly leave the shadow of Asphalt 8.

With a refreshing presence, Riptide GP: Renegade is a relief in a sea of ​​games with energy bars, limiters, and dozens of monetization systems. The Vector Unit game offers simple, straight-to-the-point gameplay, in the best style of a console game. 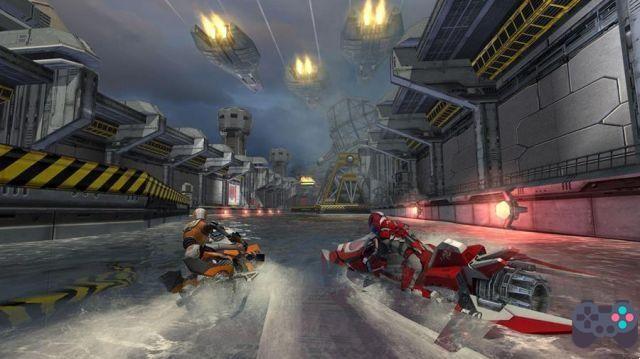 In Riptide GP: Renegade, the player controls jet-skis in races through futuristic scenarios. Want to see something interesting? Renegade brings local multiplayer with split screen, just have more than one bluetooth controller to play with up to 4 people on the same phone or tablet.

Just when anyone thought it was going to be a “meh” year for racing games, here's Codemasters releasing F1 2016 for Android and iOS. By correcting a serious flaw of the mobile platform, that of not having a good Formula 1 racing game, Codemasters brought one of the most important games of 2016.

Buying this game is a must for any speed fan. The game contains all the tracks from the 2016 Formula 1 season, faithfully reproduced. 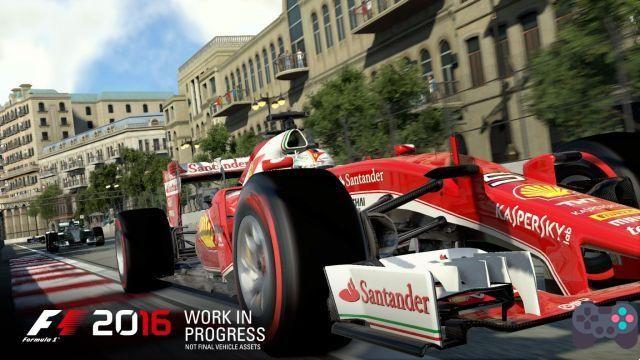 The symphony of Formula 1 engines is present with every brand, driver and team you can imagine. The representation of the cars is incredibly realistic with all the steering wheel controls and even the rear view mirrors showing the cars behind your vehicle.

F1 2016 isn't just a good game, it's a necessary game, proof that the racing game genre can still receive premium quality releases that will be much desired.