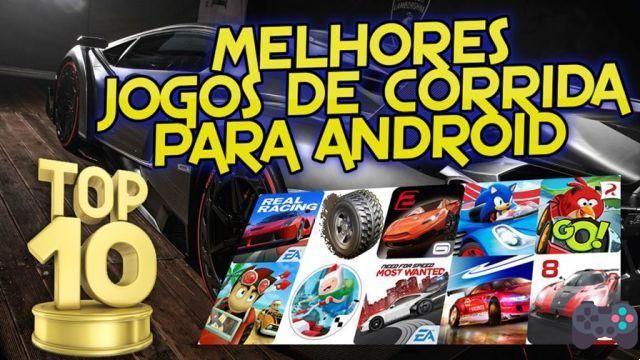 Racing games are quite successful in Android. but our top 10 is different. We only include racing games that involve circuits and not just casual racing games. Check out the best racing games, actually, released until the year 2014. 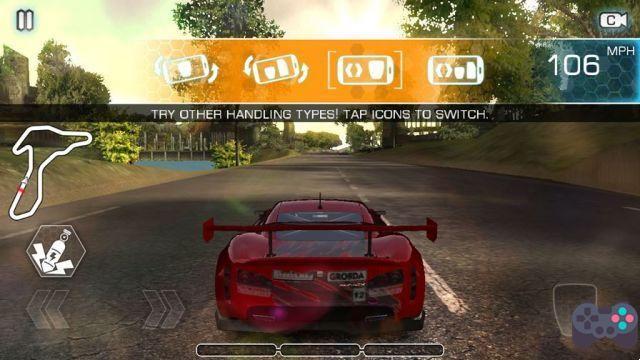 Ridge Racer is a racing game series that originated on the Playstation One. Twenty years later, here we are reviewing Ridge Racer for Android phones. Slipstream follows several elements from the series, such as fictional (but very cool) cars and arcade racing with a dash of realism. The slipstream in the name is not for nothing, in other words, it means vacuum, and that's the great mechanic of the game, taking the vacuum of opponents to overcome them. Ridge Racer has great graphics, but what defines the experience is the casual gameplay. 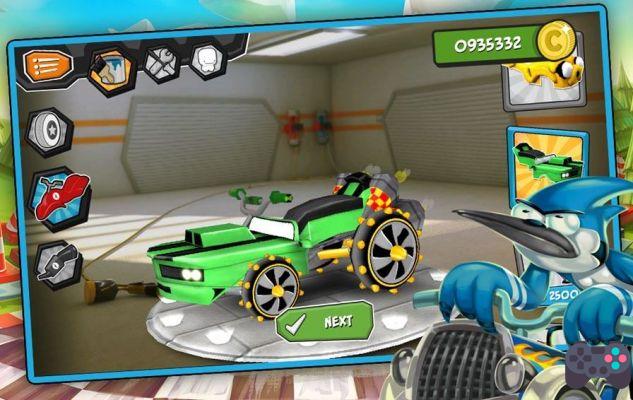 Games in the style "Mario Kart" could not be missing, right? Our first game on the list is Formula Cartoon All-Stars. The game basically brings together the most fun characters from Cartoon Network and is a great casual racing game. Play with characters from cartoons like: Adventure Time, Just a Show, Ben 10, Amazing World of Gumball and more. The view is aerial, and you'll have to collect power-ups to defeat your opponents. 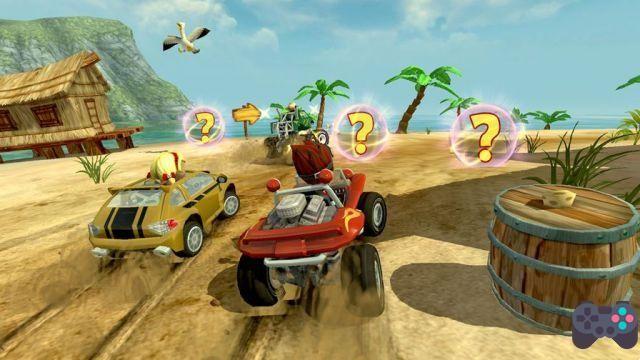 Beach Buggy Racing is a racing game from Verctor Unit, the same producer behind games like Riptide 2. Beach Buggy, which previously didn't have many elements, reaches its second version with improved graphics and many power-ups. Beach Buggy Racing is now a complete game with multiple modes, elaborate challenges, and great levels. And if you have bluetooth controls, you can play a split-screen multiplayer mode. All on the same device. 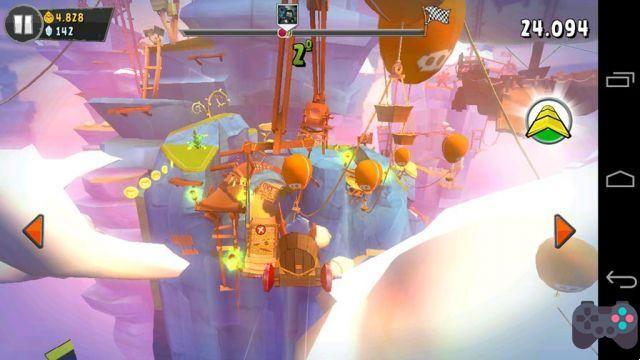 Angry Birds Go is a perfect example of Rovio's creative power. The producer that, already suffering from the lack of news from the Angry Birds franchise, launched the excellent Angry Birds Go! in the beginning of the year 2014. The game that mixes “Mario Kart” with a roller car has exceptional graphics and great gameplay. There are a lot of challenges to unlock and the game even has online multiplayer. Unfortunately, Angry Birds Go! lacks the freemium aspect, with many in-app purchases and limiters. That pushed this great game into seventh place. 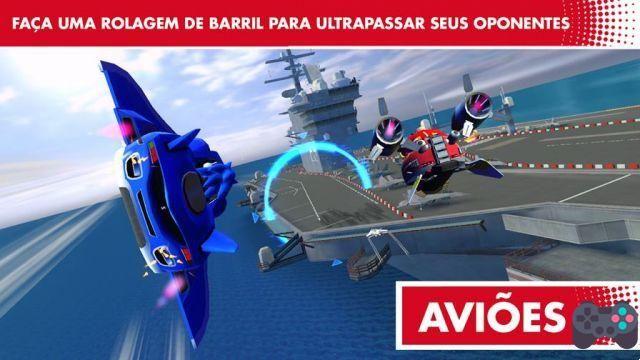 But of all the Mario Kart-style games on this list, none is better than Sonic All Star Racing Transformed. The racing game with cars from SEGA, brings classic characters from the producer's games in fun races. The game looks average on Nintendo 3DS and PS Vita, but looks amazing on Android. There is a lot of content to have fun like championships and challenges. The multiplayer is excellent with the possibility to challenge your friends to an online race. As it is a free game, some elements such as characters and new scenarios need either a lot of time to unlock, or that little financial help. But in that respect, Sonic Transformed is much friendlier than Angry Birds Go! 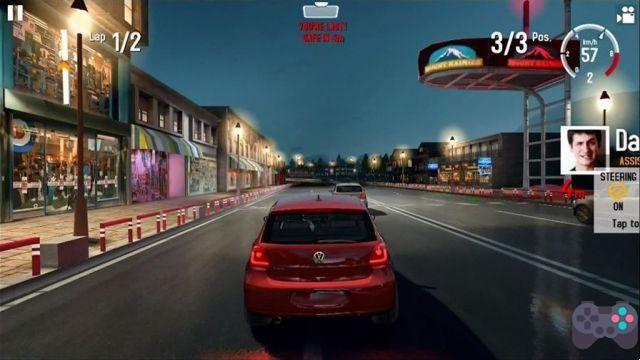 Released to compete with other racing simulation games (spoiler: see the champion on our list) GT Racing 2: The Real Car Experience earns several points for the amount of content, combined with lightness. The game even runs on those cheap tablets that cost around R$200 reais. Combining cool visuals with simple and straightforward gameplay, GT Racing 2 is a consistent racing simulation game, with more than 70 cars. However, we still lacked many horses to compete with our first place. 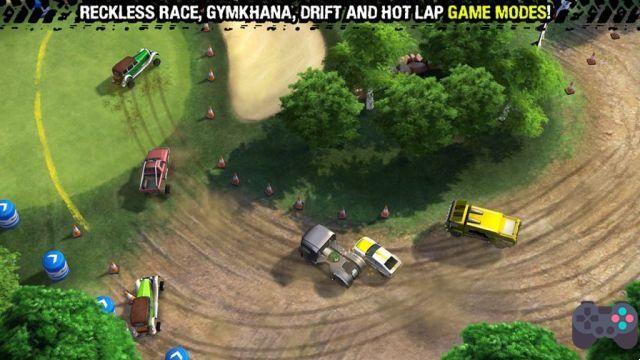 Reckless Racing 3 is one of the few paid games on our list, but if it's mentioned it's because there's a good reason for it. The exceptional quality, which the Pixelbite studio manages to give to this series with carts, is incredible. In a gameplay with an aerial view, you will have many challenges ahead in a fun game, and that will not bother the player with in-app purchases. The look is the main highlight, with great textures and shadow effects, even on devices with low processing power. 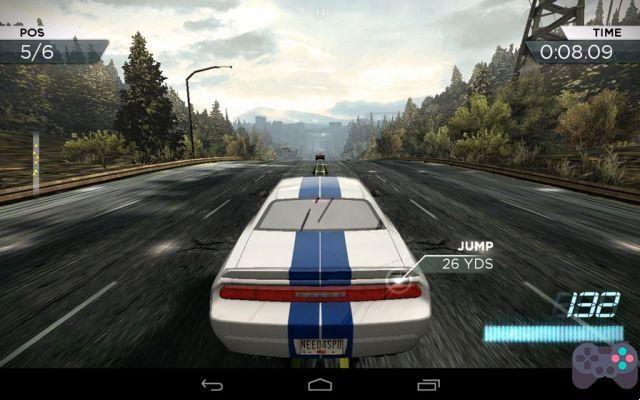 Fire Monkey's flaming monkeys make their first romp by taking the third position in our top 10. The racing game produced by them and distributed by EA is one of the best “ever” Android games. Before Real Racing 3 and Asphalt 8 hit the streets, Most Wanted showcased the best of the Need for Speed ​​series on Android phones and tablets. Despite not having a multiplayer mode, you will be invited to blast the streets escaping the police in incredible pursuits. 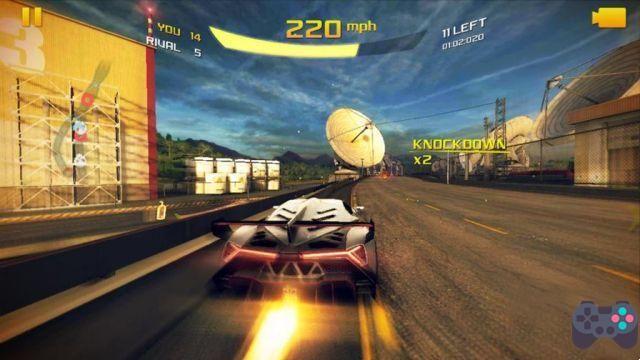 The second spot on our list is taken by a mobile gaming landmark: Asphalt. Since the primordial times of mobility, Asphalt already gave the air of grace, presenting simple and instant fun in a clearly arcade-racing game, in the best Top Gear style. With the advancement of technology, the game gained new modes and possibilities and today it is this mixture of several racing games with clear references to Burnout. The game's physics is “absurd” so, despite the almost realistic graphics, don't expect a simulation game. Asphalt 8 is one of the best games on Android and it reached the finish line only trailing by a tenth of a second behind our first-place finisher. 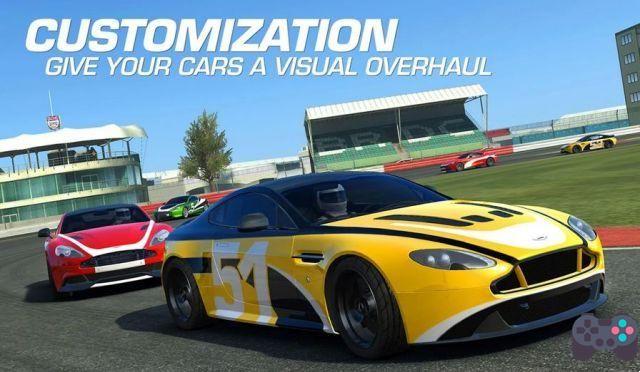 Not even EA can spoil Real Racing 3, and it looks like they tried. The third racing game in the series (It's also worth downloading Real Racing 2), brought an impressive look, combined with a realism rarely seen in mobile games. The game has several circuits that are identical to real circuits. He doubts? Click here to see this comparative video. Qualities abound: innovative asynchronous multiplayer mode, lots of cars, perfect controls, good sense of evolution, highly competitive, customizations and so on. Perfect in many ways, Real Racing 3 is the ultimate racing game for Android.