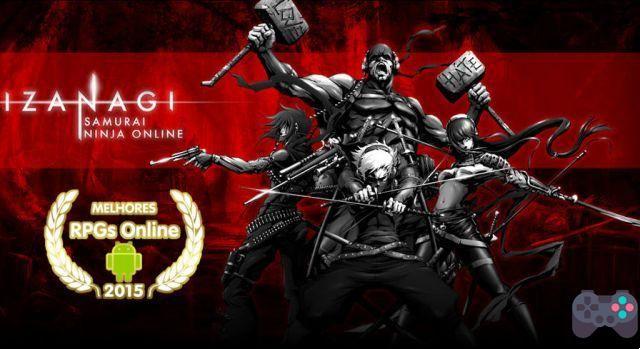 Going on an adventure through green fields is one of the most clichéd things in MMORPGs. Still, we loved doing it so much, that 2015 was one of the best years for anyone who likes to experience an online adventure. Check out a top with the best games of the genre.

The fun and quality of Guild of Honor starts when you download the game. Relaxed, the title shows a HQ with several jokes that show how the item purchase systems, Guild and many other things work. The game actually allows little interaction, giving the player only the possibility to cast powers and special moves. Of the online RPGs where you just “watch” your team, Guild of Honor is the best.

Holy Knight is an Online Action RPG with a side camera but XNUMXD graphics. The game is based on leveling and short battles, but with full control of the character by the player. It is possible to combine skills to perform incredible combos. One of the highlights of the game is the encounters with giant bosses.

Minimon Masters has art very similar to the classic strategy RPG, a true explosion of colors with anime characters in a kingdom with green fields. Blast enemies in a fun RPG with lots of areas to explore and equipment to put on your character. Despite the cartoon look, Minimon Masters stands out for the customization of avatars. Over time, it is possible to recruit characters controlled by the game that will help you during combats.

Taichi panda is a game with a focus on action and brawling. We control a wide variety of characters ranging from Kung-Fu master Pandas to cute girls full of magic. Very sophisticated, the RPG includes mount, multiple locations to explore, team system and PvP. Combat between players is the highlight. Guilds can face each other in a queue system and you have to do it well so your team doesn't lose because of you.

The eternal smartphone classic is also present in the list of Online RPGs. Zenonia S maintains the legacy of the first games in the series by bringing multiple characters into an experience that is a mix of MMO and solo play. Despite being in 2D, the game has a system of dungeons, bosses, and PvP mode. The co-op mode, however, is just a system where you use other players' characters. Still, Zenonia S is a fun, Spanish-language online experience.

Dungeon Hunter 5 is an Online RPG game with more “lonely” features. It's possible to play alone, but that doesn't mean you're not required to interact with other players. Despite being focused on third-person action and mission completion, in Dungeon Hunter 5, the player needs to create a fortress and defend it from other players. Also, there are ways to cooperatively, asynchronously, unfortunately.

With an original story behind it, Final Fantasy: Record Keeper is one of the most interesting online RPGs on Android. And if you are a fan of the series then this game is a must. Collect memory from past games and relive classic moments in a game of collecting and fighting FF characters. The combat system follows the early Final Fantasy classics. Record Keeper is a game that requires a lot of internet, so it's always good to play on a Wi-Fi network.

Spirit Lords, Lords of Spirits, in Spain, is a 3D game with an isometric camera, cool story and lots of content to explore. The game's caricature look leaves the impression of being more of a silly RPG, but the amount of things and freedom to come and go are the great highlight. The quality of the game is everywhere, including the co-op mode that lets you explore dungeons with friends, and all in real-time.


If you're looking for a Warcraft-style MMO for mobile, then you should download Order & Chaos 2 right away. Sequel to the first game and one of the main MMORPGs on the market, this Gameloft title brings improved visuals and a new adventure. There is only one new class, but the highlight of the game is the BR community. It's full of Spanish people in this game, making it one of the easiest to interact with other players.

…and the winner for best online roleplaying game of 2015 is:

Order Chaos 2 could be at the top of the list, if the producer Asobimo didn't decide to bring Izanagi to the west. In this mix of medieval Japan and post-apocalyptic world, you'll have to develop your character while fighting monsters and demons. Created by the same company as Available e ToramOnline, Izanagi impresses with a gameplay that owes nothing to the old MMORPGs for PC. A giant world to explore and many missions await you is a complete MMO.

HIT is simply one of the most impressive Android games of 2015. In this online RPG, you'll have to fight monsters and level up your character in a setting with stunning graphics. The visual quality is the result of U, the same used in the most recent games for consoles like Playstation 4 e Xbox One. As if the first look wasn't enough, the game still has crazy arenas with combats for up to six players at the same time.

It would easily be the great champion of this top, if it weren't for the disconnections, updates and, finally, the limitation imposed by Nexon, which limited the game to South Korea and other countries.