Here is a list with the best games for phones and tablets launched in May of 2021. May was a month with few major releases on Android, but on the other hand, iOS showed its value, with great exclusive games. Check out. 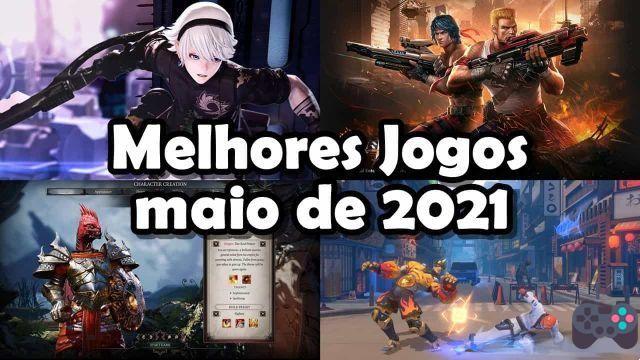 CHECK OUT THE BEST GAMES FROM:

Fantasian is an amazing RPG developed by the creator of Final Fantasy, Hironobu Sakaguchi, and with a soundtrack by the mythical Nobuo Uematsu. The game draws attention to the unique style of the scenarios. Real 3D digitized mockups were used for the game.

The result is a very different artistic appeal than usual. The combats are in turns with random encounters, but the player can “stack” these combats.

A sensational game! The only problem? It is exclusive to Apple Arcade.

Samorost 1 is the lost episode of a gnome's fantastic journey through the cosmos.

The Amanita Design franchise started on Android with the third game and went the other way around.

Samorost is a point and click adventure game, the player needs to tap on various points on the screen to find out how to proceed. At the same time, you develop the story and solve puzzles.

My Hero Academy: The Strongest Hero

One of the big releases of the month of May was My Hero Academia: The Strongest Hero. The anime game was announced by surprise in the west and arrived in the same month.

A title with a lot of action that will make the head of anime fans.

A classic that had been given up for "dead", just like several other Chinese games that we thought would never make it to the west. But Contra Returns arrived by surprise in early access.

The game was released here by Tencent Games itself (now called Proxima Beta). The game's original release was in 2017 in China.

Against Returns on the App Store (iOS).

Another Classic game that was released on mobile was Final Fantasy Crystal Chronicles Remastered. The game remained for many years as a Nintendo Game Cube exclusive and was released on Android in a remastered format. The game had already been released on iOS last year.

A great offline RPG, but unfortunately it suffers from Square Enix's price problem. But you can play the first 13 dungeons for free.

Metal Revolution is a Tencent game released in Spain by Youzu. The game is already in its second early access and it seems that this time it will work.

Huntdown is an excellent side shooter or as many call it “run and gun”. With a cyberpunk look and a beautiful pixel art atmosphere, this is the game for fans who enjoy games with an “old” look.

The game is free to download and try, but after a certain point you have to pay.

Evan's Remains is a platform puzzle game where you control a girl in a fantastic, virtual world. She is looking for a boy, but before finding her “friend”, she needs to know what happened to the place. Could this virtual world be someone's memories? Then just playing to find out.

Another “rubbed” in the face of Android fans. iOS gets another “exclusive”. Yes, this is a PC and console game, but so far, on mobile, it has only been released on iPads.

Games released in other countries