The best games for Android and iOS released in January 2021.

We selected the main games that stood out this year.

Without further ado, a list of the best that happened in the two main mobile game systems.

Released by surprise on Google Play and App Store, SpongeBob SquarePants: Battle for Bikini Bottom is a 3D action game that is a remaster of a Playstation 2 classic.

Don't be fooled by the children's theme, the game is great for people of all ages.

It supports Bluetooth controls and is offline.

Dadish 2 is a game where you are a radish and also a family man has just received a sequel.

With a cute look and accessible gameplay, Dadish 2 is a light platform game ideal for those who like games with a retro look.

According to the developer, the adventure will be bigger than the original. There are 50 stages in total.

The commands are simple, right and left directional pad and jump button. Those who enjoyed games like Mario Bros, will definitely spend some time playing Dadish 2.

Easy and good game to beat.

Bless Mobile is an MMORPG for smartphones that was released in January 2021.

The game dries up to the letter that beat table of games of the genre: elven characters with insinuating clothes and bad looking bomb faces.

The story no one cares and the gameplay is the same, after all, there is a button to make everything automatic.

“Okay, and what's the positive part? Why is this game here on the best of January 2021 list?”

Bless Mobile repeats the formula of games like Black Desert Mobile and even though it is quite repetitive, it is something that pleases a lot of fans of games of this genre.

It's everything auto MMORPG fans want.

Mycetopia is a new game published by Crescent Moon Games. In it, you play as an adventurous mouse, looking to save your village from any dangers that might arise there.

This game is a Metroidvania, with a fantasy setting, but take it easy on the comparisons. It's neither procedural nor ultra-hard.

It is paid, offline. The look isn't the best, but the mouse's journey is good to pass the time.

But don't compare this game and think it's on par with BloodStained or Castlevania. Please.

Dakka Squadron is a spaceship shooter in a style very similar to Starfox. But here, you control orcs in crazy planes.

The player must then fly on an alien world, blasting enemies and passing levels. The game is offline and available on Google Play Pass.

After a period of absence, Yoozo games attacks with Infinity Kingdom. Your latest strategy and gacha game.

This game is inspired by other games of the genre where you must build a kingdom, make allies and participate in great online wars.

The visuals are pretty cool and the game anchors in an idea that you can have heroes from various eras of history, from the Romans to ancient China.

Picnic Penguin is a fun Puzzle game that reminded me of Super Nintendo games like Goof Troop.

That kind of game that gets you addicted right away.

NUTS is an adventure game where you analyze the movements of squirrels.

As bizarre as it sounds, and it is, this game is one of the most interesting and different that emerged in January 2021.

What stands out the most here is the freedom from things that can happen. On mobile, the game is exclusive to iOS and Apple Arcade.

Questkeep mixes puzzle and “roguelike” in a very unique way.

It looks like a matching puzzle, but in reality, your character walks through these blocks defeating enemies in these short stages.

Chinese games and or pre-registration 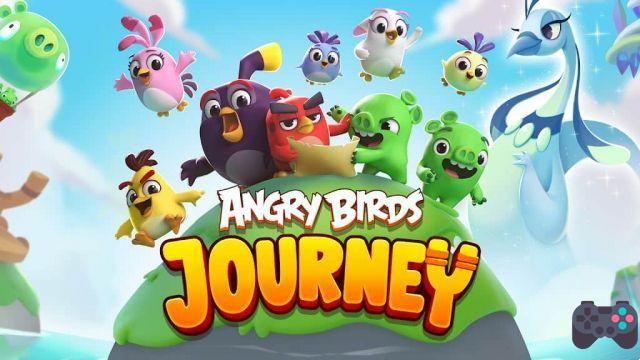