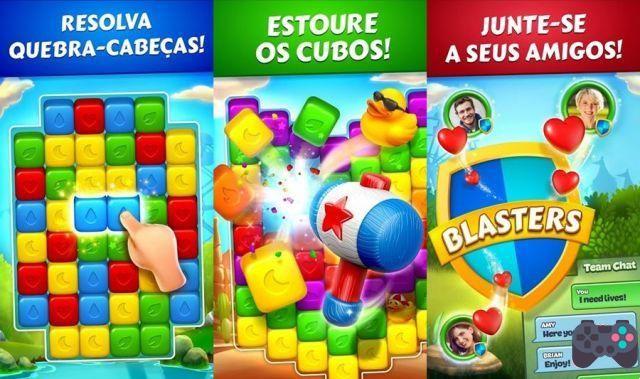 Look at the power of Cuteness! Toom Blast, a casual puzzle game with cartoon characters, is a hit on Google Play and App Store. According to Sensor Tower, the game raised more than US$ 200 million in its first year (around R$ 600 million reais at the current price).

Toon Blast found the most success in the US, where it performed 60% of total player spending, totaling $120 million. iOS owners make up the majority of revenue, contributing 62% of total spend.

Toon Blast had its visibility boosted by a marketing campaign with Deadpool actor Ryan Reynolds. The ad series involved creating a variety of scripts and video clips designed to target specific demographics, and which are quickly iterated based on performance.

Peak Games was able to prioritize its work on Toom Blast, in part, thanks to the sale of its portfolio of casual card games to Zynga for a good $100 million. Another beautiful example of how to succeed “outside the curve”.