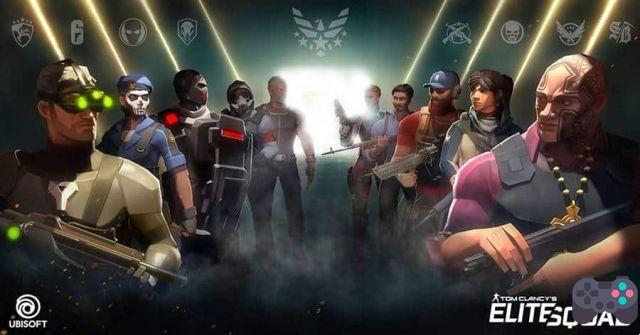 Tom Clancy's Elite Squad, new game of Ubisoft to cell, it's at soft launch No. Android. The game is only available in some countries like Philippines. However, it is possible to download APK and play without any problems from Spain.

When looking at Tom Clancy's Elite Squad, did you think about games like Rainbow Six Siege? I have bad news for you.

Elite Squad is a game with automatic battles where you trigger, when available, special abilities of each hero.

I wanted to praise this game, but Tom Clancy's Elite Squad looks awful compared to other strategy games in the genre. All very simplified to a level that feels lazy.

The actions, on the part of the player, during the combats, are kind of useless. Most likely you will play this game with everything on auto.

In the end, Tom Clancy's Elite Squad seems more like one of those games where the main objective is to have and level the best characters. These characters will most likely only be unlocked via random items.

Tom Clancy's Elite Squad is perhaps a bigger disappointment than Tom Clancy's ShadowBreak, a game released in 2018 that was forgotten a year later.

The initial impression is very bad. However, the game has a campaign mode and can draw attention with a good story, as it brings together several classic characters from Ubi's franchises. Something that we will only fully understand when the game is released. There is still hope.

Ubisoft does not learn.

About that. Hype for Area F2 only increases.

Tom Clancy's Elite Squad: The Game That “No One Asked For” Coming to Android and iOS in August ❯