Reminiscent of Capcom's hit franchise Monster Hunter Rise, Time to Hunt recently entered closed beta testing after five months of its last Open Beta reported by our site in September last year. The game is being developed by 10 Heroes Studios and will be published by “Chinese youtube”, BiliBili. 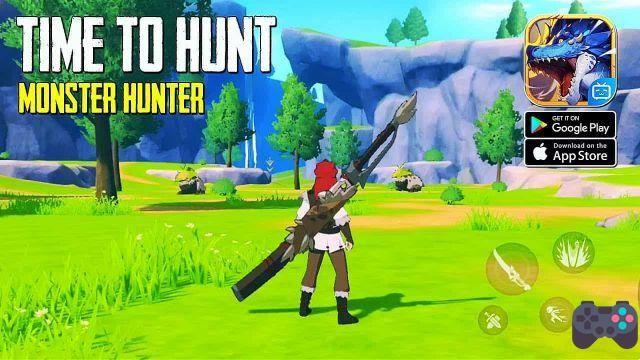 Time To Hunt is an open world RPG that takes us to the Twin Gorges, a continent recently discovered by an unknown people, where adventurers from all over have gathered in these strange lands. But as in every story against evil, the shadows broke the peace and tore the skies apart.

To protect the people against this evil, a Dragon descended from the skies and brought peace to the people of Twin Gorges. Even with this chaotic power struggle between peace and shadows, the adventurers did not fear and continued in these lands. A great hero named Sinda encouraged the people to study and interact with the monsters of this continent.

The open world RPG's main feature is combat and monster hunting, which you can do alone or with friends, reaching up to four simultaneous players to fight, loot, reward, among other resources such as special tasks, all in multiplayer.

Time to Hunt has more than 60 original beasts to hunt and interact with this entire ecological chain. The game is not just about hunting, as players can customize their bases, with a variety of building options with three types of themes: Desert, Snow and Forest.

The game from 10 Heroes Studios entered closed beta testing on January 20th, and as the information is still shallow, we don't know how to enter the test, who can or even how long this beta will extend.

It is worth remembering that Time to Hunt will be released for free and we are still not sure about a possible global release.