Thetan Arena was released on Google Play and App Store exactly two days ago and it is already a huge success. On the Android platform, the game has already exceeded 500 thousand downloads. Thetan Arena drew attention for being one of the so-called “NFT Play2Earn games”, games based on blockchain and cryptocurrencies that can generate real money earnings for players. 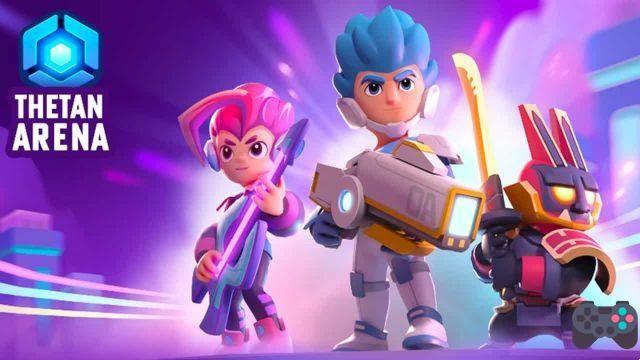 Thetan Arena is a MOBA style game with simple visuals and easy gameplay. The highlight of this title is being a GameFi, a game with a decentralized economy where players can earn real money by playing.

But there is no way not to watch and not remember at the time of Supercell's Brawl Stars. The charismatic characters face each other on small stages. In addition to the MOBA mode, there is a "mini-Battle-Royale" mode. To close the package, the game also features deathmatch modes.

Everything is very reminiscent of Brawl Stars and it is very likely that this game would have a "lukewarm" success if it were not for the decentralized economy system. This draws a lot of attention not only from players who already love this genre, but also from other players who are looking for a game with a few more “rewards”.

VARIOUS MODES AND MODERN GAME TRENDS:
– Battle Royale: [solo / duo] A whole new way to find the last man standing. He proves your tactics and survives in a massive 42 player / 21 double battle.
– Deathmatch: a traditional PvP mode. Form a group of 4 players and fight against others.
– Superstar: Gather the superstar quickly before the enemies do.
– Tower Destroy: A classic MOBA mode. Run towards your enemy nexus and destroy it.

A UNIQUE COMBAT STYLE, AIM FOR A PERFECT BALANCE BETWEEN FUN AND DEPTH:
– Equip your heroes with a wide selection of abilities in addition to their signature abilities, creating as many combinations and strategies as possible to survive on the battlefield. They are categorized into 3 distinctly different skill sets:
+ Effect Skills: Inflict status on yourself, allies, and enemies.
+ Damage Skills – Used to greatly increase the amount of damage in a short period.
+ Support skills: helping you against enemy attacks.
– Matches last up to 5 minutes, ideal for gaming on the go as well as casual and intermediate gamers.
– More than 30 heroes and still in the launch phase. Each hero comes with a signature ability (Rage), guaranteed to turn battles around when used at the right time. 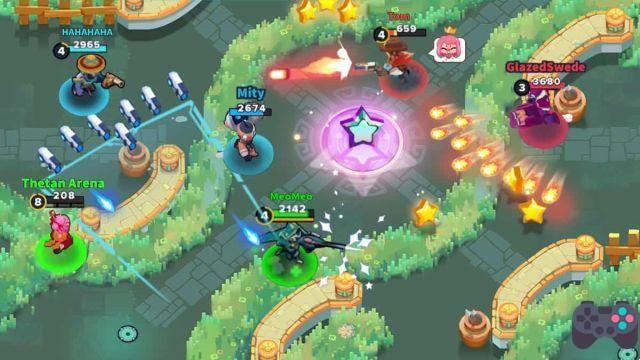 How does the earning part work?

In order to earn money in Thetan Arena, you must have rare heroes and equipment that can be sold or "rented" to other players. Thanks to the Blockchain technology, players can make in-game transactions and earn the amount in their own in-game account. Then simply transfer it to a digital wallet and withdraw your earnings. The explanation was a bit superficial, soon we will make a tutorial explaining step by step.