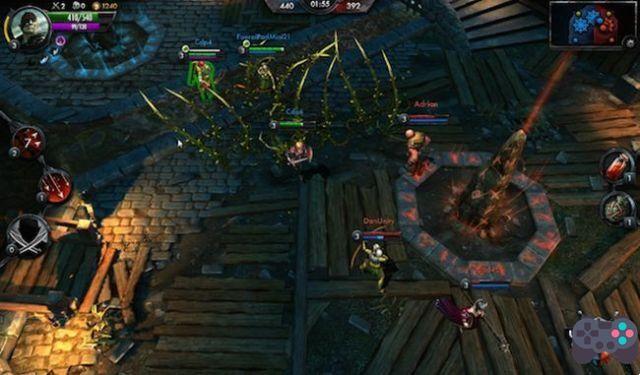 The Witcher Battle Arena it's a new game of the genre MOBA with amazing graphics. The game will have versions for Android, iOS and also Windows Phone. Produced by CD Projekt Red, in partnership with Fuero Games, The Witcher Battle Arena will build on the background of the gaming franchise that is inspired by a series of books. In its narrative, The Witcher is filled with wars and duels that take place in the Nilfgaardian Arena.

The game will feature online multiplayer combat between six players (3v3). However, the game will have an exclusive offline mode, where the player can have fun with bots controlled by the game. The cast of The Witcher Battle Arena will be several classic characters from the series such as Zoltan Chivay.

The Witcher Battle Arena promises to be a great distraction not only for fans of the series, but also for any player who likes the MOBA genre (the same as League of Legends and Dota 2). However, the public reaction to the game's announcement was not very good, with several players evaluating the trailer negatively. The reason? Simple, currently there are many releases of MOBA genre games.

The World 3 Rise of Demon: Action and RPG in one OFFLINE game for Android and iOS ❯