A new open world game set in the Japanese work Nanatsu no Taizai by Nakaba Suzuki, is being developed by Netmarble. The game The Seven Deadly Sins: Origins will not only arrive for mobile devices, but will also be present on consoles and PCs, which could be good news. 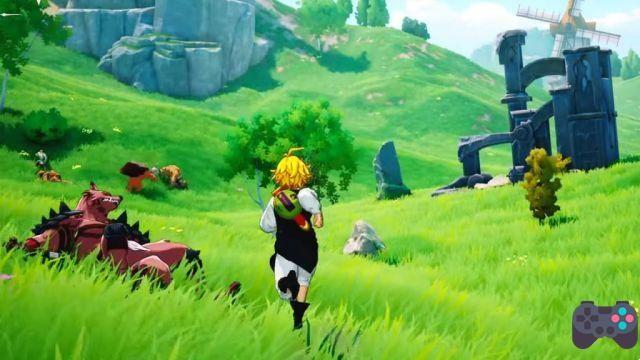 Entitled Nanatsu no Taizai Origin (The Seven Deadly Sins: Origins), the new project will be a way for Netmarble to redeem itself, after the release of Nanatsu no Taizai: Grand Cross, which despite positive reviews in stores present on mobile devices, the developer said she felt limited in IP.

In this new open world game, the company will explore the multiverse of the Japanese work, bringing a new protagonist named Tristan. Despite this change, the elements of the original work will remain, bringing a new adventure through the lands we already know of Britannia.

Netmarble continued to harp on the new title being different from Grand Cross on the game's Tap Tap page, stating that unlike its predecessor, players will be able to move freely across maps in Nanatsu in Taizai Origin.

The company also confirmed that we will have original content in the game, with several events that did not occur in the original work. Check out a trailer below with an overview of what to expect from this new title:

Some users on the internet compared the style of the new game with the action RPG Genshin Impact, and we will be able to confirm this in future announcements and gameplays.

Even with a recent announcement, Nanatsu no Taizai Origin ranks 1st in pre-registered games on TapTap, totaling over 130 registrations and 133 game page followers. The game's reviews are also extremely positive, showing that players are optimistic about the new title.

While we already have an idea of ​​the platforms the game will be on, PC, mobile and consoles, we don't know which consoles specifically will be included at launch. Other information about the release date, system requirements or even the game's development progress was not disclosed.

The Sims Mobile Launches Globally for Android and iOS ❯

add a comment of The Seven Deadly Sins: New Open World Game for Android and iOS