The Revolt Massing: Martial Arts RPG is in Pre-Registration on Android and iOS

in one more new mobile game Comic-inspired, as well as the Super String Webtoon, YOGAMES is bringing The Revolting: Massing for mobile device screens. The game will be free and will have versions for Android e iOS. 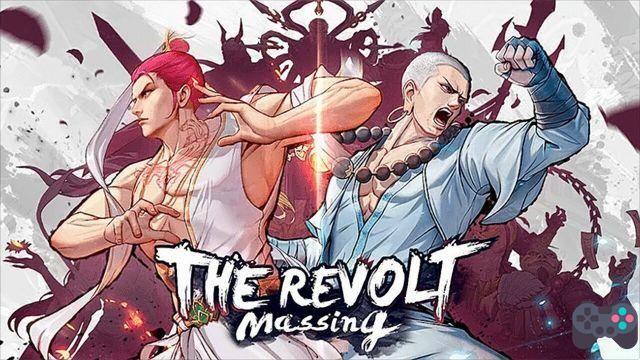 Inspired by the Hong Kong comic book Westward, The Revolting: Massing is a strategy RPG that recently won a pre-registration event that will feature a deconstruction of the classic tale “Journey to the West”.

In RPG we have to recruit different heroes for our team, being able to choose characters between gods and demons, with their attributes, unique abilities and different classes. Mechanics such as affinity between team characters, skill combinations and unique equipment are also highlighted by the developers.

The disputes between players will also be present at launch, with battles of guilds in search of resources and the top of the clans, in addition to combats between different servers. Here you can either found your own clan, or even join an existing one, and strengthen each other.

Another promise from YOGAMES is 3D anime scenes, which "will provide a truly immersive visual experience," according to the game's description on Google Play. Check out the official trailer for the game:

We haven't had any relevant information regarding requirements in the Google store, but we do have some hints of what's to come with the game's description on the App Store. The Revolting: Massing arrives on iOS devices requiring approximately 620MB of free space and with English being the only language listed. Normally, Android versions require less space, but we can get an idea of ​​what it will be like for those who download from Google Play.

add a comment of The Revolt Massing: Martial Arts RPG is in Pre-Registration on Android and iOS