The Revenge of Shinobi: Free SEGA Game for Android and iOS 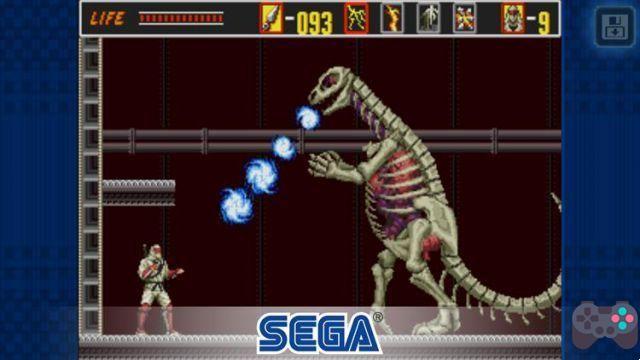 The Revenge of Shinobi is the new one to participate in the SEGA Forever initiative. The game is now available for free to iPhone, iPad and cell phones and tablets with Android. Please note that the game requires an internet connection. To play offline, you have to pay.

The Revenge of Shinobi is a platform game where the player controls a ninja seeking revenge against the evil organization “Neo Zeed”.

The game is simple, but at the same time very difficult. Like any old-school platform game, there is a need to be precise in the controls. This can be difficult to do on touch screens.

The Revenge of Shinobi was originally released in 1989. The game is the sequel to Shinobi, also released by SEGA in 1987 for Arcades.

RESOURCES
– Eight districts spread across the world, each with their own unique boss battles
– Secret power-ups hidden throughout the game
– Collect shuriken to eliminate enemies from a distance (shhhh, the old code still works!)
– Master ninjutsu techniques and crush your opponent
– Summon fire and thunder to eliminate entire waves of opponents
– Four difficulty levels, from beginner to ninja master.

The game is being criticized, and rightly so, for the low frame rate. The Revenge of Shinobi, like other SEGA games, will arrive with slow animations on purpose. There is no explanation for leaving an old game like this slow on new phones. Even the first smartphones with Android already ran Mega Drive emulators very easily.

The Revolt Massing: Martial Arts RPG is in Pre-Registration on Android and iOS ❯

add a comment of The Revenge of Shinobi: Free SEGA Game for Android and iOS